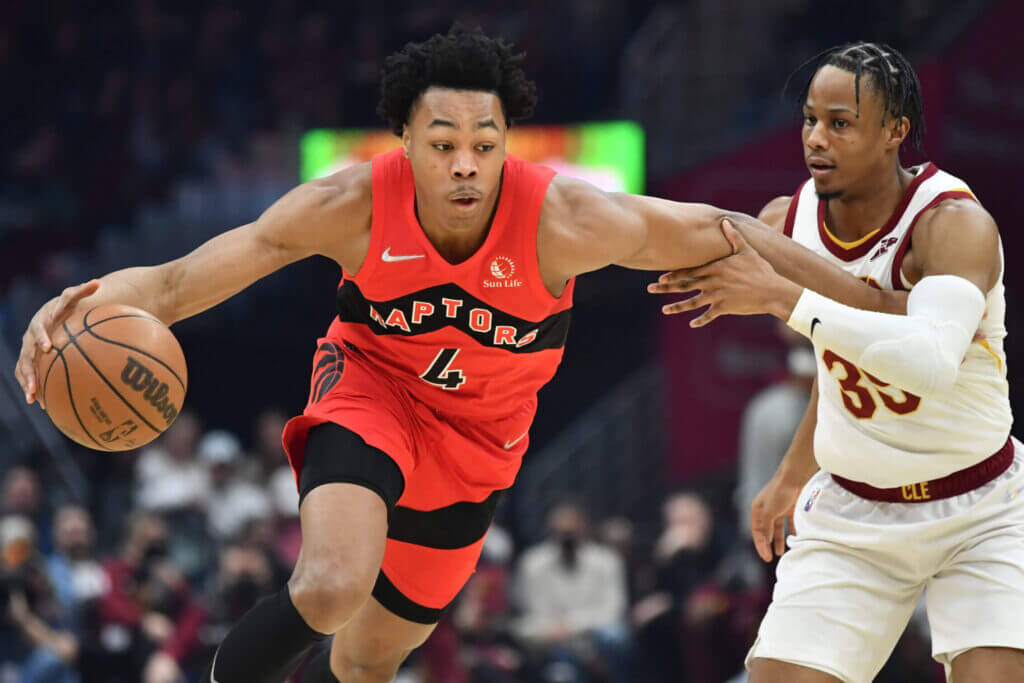 10 reasons to feel good with the struggling Raptors – The Athletic

The Raptors will almost certainly go to the Play-In Tournament. Before the New Year, this would have seemed like a reasonable, if not good, outcome for them. After the way they played for most of January and February, this can only be called a minor disappointment.

After losing 104-96 to the Cavaliers, they are three games shy of the sixth seed, which Cleveland owns. The Cavaliers also won the season series, which means the Raptors (34-30) would have to play the final 18 games of the season four full games better than Cleveland to avoid that fate. It’s not impossible, but given the way the Raptors play, as well as the quality of the Cavaliers, those odds are slim.

With three straight disastrous offensive games in the rearview mirror, it’s not easy to be optimistic about the state of the team. The absences of Fred VanVleet and OG Anunoby, who respectively missed five and seven games, explain the poor play of the Raptors. That said, they lost at home to the two worst teams in the Eastern Conference and couldn’t beat the Cavaliers even after All-Star center Jarrett Allen went down in the first quarter.

However, let’s go back a bit. It’s not all bad news for Toronto. Here are 10 reasons to feel good with the Raptors.

1. The last games should have been nightmares for Pascal Siakam. With Gary Trent Jr. struggling, the Raptors have no space around him.

Is Super Micro Computer (NASDAQ:SMCI) using too much debt?

Hecla Mining (NYSE:HL) seems to be using debt quite wisely