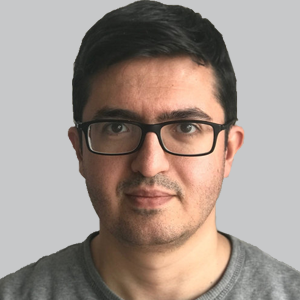 After discontinuation of ASM, age at diagnosis of epilepsy and abnormal EEG predict future relapse of pediatric seizures

Results from a study of seizure-free children who discontinued antiepileptic drug therapy (ASM) indicated that being an adolescent at diagnosis, having abnormal EEG results after withdrawal, and having a high number of seizures during ASM was associated with a higher risk of seizure relapse. Additionally, older age at first seizure, presence of intellectual disability, and short decrease in ASM were also associated with increased seizure relapses in univariate logistic regression analyzes alone.1

Among a cohort of 269 children who were followed for a median of 46 months (range, 18-126; IQR, 29-61), the overall frequency of seizure relapses was 33.5%, with approximately 75% of relapses occurring within 2 years of withdrawal. In addition to the 6 identified predictors significantly related to relapse, the data also suggest that abnormal MRI findings, such as malformations of cortical development and hydrocephalus, could be potential biomarkers of increased risk. People with genetic epilepsy have also been shown to be at increased risk.

The study, conducted by lead researcher Mirac Yildirim, MD, Department of Pediatric Neurology, Ankara University, and colleagues retrospectively assessed the demographic and clinical characteristics of these children, relapse rate after removal of ASM , predictors of relapse and clinical course after the crisis. relapse. A total of 195 children (72.5%) had idiopathic epilepsy, 67 (24.9%) had symptomatic/structural epilepsy and 7 (2.6%) had genetic epilepsy. During treatment of ASM, most children (87%; n = 234) were exposed to monotherapy, 30 (11.2%) to duotherapy and 5 (1.9%) to polytherapy.

Univariate logistic regression analyzes identified 6 factors significantly associated with relapse: age at first seizure, age at diagnosis of epilepsy, presence of intellectual disability, EEG results after discontinuation of ASM, the number of attacks under ASM and the time of reduction of ASM. Despite this single age at diagnosis of epilepsy (odds ratio [OR]1.873), EEG after removal of ASM (OR, 3.797), and number of seizures under ASM (OR, 1.637) showed statistical significance (P <.05 on multivariate logistic regression analyses.>

Brain MRI, performed in each patient, was abnormal in 23.8% (n = 64) of the cohort. Among the various abnormal MRI findings, encephalomalacia (n=25), periventricular leukomalacia (n=14), and cerebral and/or cerebellar atrophy (n=13) were the most common, among others. Seizure relapse occurred in 40% (n=10) of children with encephalomalacia, 28.6% (n=4) of those with periventricular leukomalacia, 38.5% (n=5) of children with cerebral and/or cerebellar atrophy, 57.1% (n = 4) of children with hydrocephalus, 16.7% (n = 1) of those with post-traumatic brain injury and 66.7% (n = 4) children with malformations of cortical development.

Individuals with self-limiting epilepsy syndromes such as infantile absence epilepsy (n=3), benign epilepsy with centrotemporal spikes (n=3), and Panayiotopoulos syndrome (n=1) showed favorable outcomes, with only 1 child having had a relapse of seizures. However, there were 3 children with juvenile myoclonic epilepsy (JME) in the study, and 2 (67%) of them had a relapse. The remaining child with JME had no seizure relapses during the 3-year follow-up after removal of ASM.