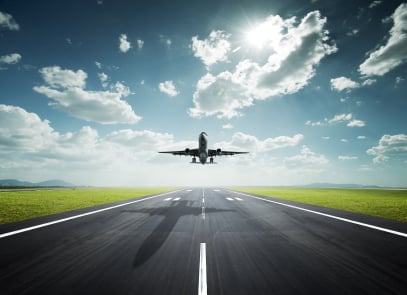 Airbus vs. Boeing: Will Innova

Like the auto industry, the aviation industry is facing pressure to start preparing for a greener future. Although aircraft emissions represent only 2.8% of global CO2 emissions, this is only because air travel is much less common than other forms of travel; traveling by plane is the most carbon-intensive thing most people can do. Aircraft CO2 emissions have also increased rapidly as air travel becomes more common.

The heat is on for aircraft manufacturers to start looking for ways to cut emissions, not only to limit climate change, but also to meet long-term market demand. If the price of fossil fuels continues to rise as supply decreases, the cost of air travel could increasingly slow growth over time. There is also a risk that government regulations will eventually apply to businesses and industries that are lagging behind in tackling climate change.

Despite the same problems, Airbus SE (XPAR: AIR, financial) and Boeing Co. (BA, Financial), the world’s only major manufacturers of commercial passenger aircraft, appear to be taking very different approaches to designing a greener future. As Airbus pushes the bill for research and innovation, Boeing maintains that a more realistic and pragmatic approach is needed.

As the two companies work to develop the next generation of commercial aircraft, the question for investors is which of these companies has the right strategy to dominate the global market? So far, these two giants have pursued very similar strategies. As their strategies diverge and customers are increasingly able to choose which supplier they want to buy from, there is a huge opportunity for one to take market share from the other.

Last year, Airbus announced an ambitious goal of developing a hydrogen-powered aircraft that could enter service by 2035. Based on emissions tests, the company said a radical change is needed if the aviation industry wants to hope to achieve net zero carbon. emissions by 2050.

At the time, the company released details of three concept hydrogen aircraft. Dubbed ZEROe, the concept aircraft class would use turbofan engines and carry between 120 and 200 passengers with a range of 2,000 nautical miles. Airbus says the planes will be powered by “a modified gas turbine engine running on hydrogen, rather than jet fuel, by combustion.”

“Achieving net zero will be the result of a truly unprecedented act of cooperation,” Executive Vice President Julie Kitcher said at the “Airbus Summit”.

While alternative fuels, lightweight materials and overhaul of air traffic systems are all needed, Airbus believes these changes will not be enough to meet climate change targets in a timely manner, and these changes could also push up fares. .

Faster innovation is needed to reduce pain. The longer the transition, the more expensive it will be in the long run. However, as with everything else investing, to save money in the long run a significant upfront cost is required, and that cost is too often unaffordable.

Unlike Airbus, which embraces faster innovation as a way to meet climate change targets and reduce long-term operating costs, Boeing is sticking to a more cautious approach, arguing that proven methods are better. than wasting money on something that you can’t possibly know the cost of.

For now, Boeing is keeping the development of zero-emission technologies on the back burner as it focuses on more sustainable fuels for existing aircraft. While biofuels made from vegetable oils and used fats can cost twice as much as conventional jet fuel, they also result in lower emissions.

The price of sustainable aviation fuels is unlikely to drop with economies of scale, and these fuels also do not reduce emissions to zero, but rather reduce emissions by 30-60% on average, depending on quality. However, â€œalternativeâ€ fuels require very little change in aircraft design and infrastructure. So even though operating costs will increase with sustainable use of fuel, at least Boeing will not be spending money on researching and developing entirely different types of aircraft.

Sustainable fuel for all

While Boeing’s pragmatic approach may appeal to some investors, Airbus hasn’t thrown pragmatism to the wind – in fact, like Boeing, it is also investing in more sustainable fuels. It’s going to take more than a decade for even optimistic estimates of when the first zero-emission planes might be commercially available, so in the meantime Airbus knows it needs to switch to more sustainable fuels.

Airbus remains aware of Air Transport Action Group’s CO2 emissions targets for 2008, which include improving the energy efficiency of the global fleet by 1.5% per year on average between 2009 and 2020 (which has been achieved), capping aviation net carbon emissions after 2020 and reducing industry CO2 emissions by at least 50% by 2050.

Sustainable aviation fuels are currently the only viable way to meet the industry’s emissions cap target, but their use has been hampered by a combination of under-supply and high costs. Things have been further delayed by the pandemic, which has plunged many major airlines into debt and thus limited their ability to bear additional costs.

It may seem at first glance that Airbus and Boeing are taking different approaches to reducing carbon emissions due to differences in business strategy. Airbus relies more on innovation, while Boeing relies more on pragmatism.

In short, Airbus has the money to invest in innovation, while Boeing is just trying to survive after a few tough years that have decimated its balance sheet. The company was still grappling with the 737 Max disaster when the pandemic hit, and it has also disappointed buyers and shareholders of some of its other planes. The 737 Max crisis is still far from over, as last month a Delaware judge ruled that Boeing’s board of directors faces a shareholder lawsuit over the model’s two fatal crashes.

With 737 Max lawsuits still pending in court and a cash-to-debt ratio of 0.34 to 1.28 for Airbus, it’s clear that Boeing is holding back innovation for the simple reason of not being able to afford it. .

This is the same rule that investors who started from nothing know by heart: those with money can afford to take investment risks, but those with no money should be very careful. with their funds, although this limits the upside potential.

If there’s one thing investors can be happy about when it comes to Boeing, it’s the stock’s low valuation. On October 27, Boeing shares were trading around $ 206.61 for a market cap of $ 121.10 billion. The GuruFocus Value chart rates the stock as slightly undervalued.

The company earned its low valuation, but it remains one of only two major manufacturers of commercial passenger aircraft in the world. As demand for its products increases, Boeing’s profits are also expected to pick up. Analysts polled by Morningstar expect earnings per share to turn positive for the full year of 2021 and exceed the $ 10 mark by 2023, although this remains lower than the 2018 earnings per share of $ 17.85.

Given its undervaluation and negative investor sentiment, Boeing appears to be the best investment in the short term, but it still carries significant risk in the form of pending lawsuits related to the 737 Max tragedies. While Airbus appears to have a richer valuation, it is investing in new, innovative aircraft designs even as Boeing hesitates due to its financial woes. So long-term investors might find Airbus the more attractive of the two to buy and hold for decades to come.

A human-specific modifier of cortical connectivity and circuit function