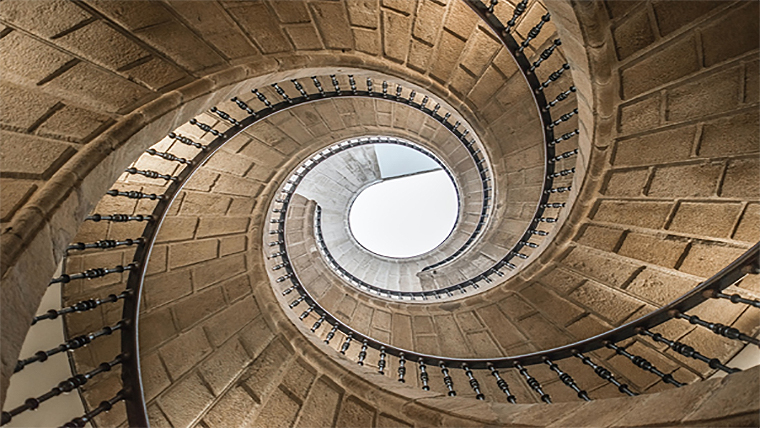 Are we at the end of the debt supercycle?

The pandemic has led central banks and governments around the world to spend record amounts of money to boost their economies, eclipsing what was spent during the global financial crisis. There are now fears that the pandemic may be the final nail in the coffin of decades-long public and private debt growth. Unlike average business cycles that last around 7-10 years, debt supercycles typically last between 50 and 75 years old. As a supercycle comes to an end, a process of debt deleveraging is needed for a new cycle of growth to begin again.

The final stages of the debt supercycle?

The concept of the debt supercycle was introduced by BCA research in the early 1970s. BCA Research is now one of many commentators who argue that the pandemic-induced recession marks the final stage in the supercycle, especially for private debt.

The theory is that since World War II, central banks have managed the economy with countercyclical fiscal and monetary policy. This made recessions less frequent and less severe, but also fostered successive waves of ever-increasing household and business borrowing. However, with interest rates close to zero or close to zero, the debt supercycle has all but come to an end.

Niels jensen, Managing Partner and CIO of Absolute Return Partners, also sees the debt supercycle as “worryingly coming to an end.” According to Absolute return partners in the early stages of a debt supercycle, GDP and debt grow at a 1: 1 ratio. This ratio declines as the supercycle “matures,” with GDP growing only about $ 0.25 for every dollar of additional debt – a point that China and the United States have already reached.

As more and more debt is added to stimulate economic growth, the debt-to-GDP ratio skyrockets and increasing amounts of capital are used for debt service rather than being used for productive purposes. Because of this, productivity and economic growth slow down at the end of a debt supercycle.

Drivers of the Debt Supercycle

The result has been massive growth in global debt and central banks creating increasing levels of liquidity. According to Watling, the answer is to anchor the liquidity somehow and write off all debt during a “debt jubilee” event. The aim would be to return to a model focused on productivity growth rather than debt servicing and unproductive investments.

The mountain of debt

Global debt hit a new record of nearly $ 300 trillion in the second quarter of 2021 according to the Institute of International Finance with total debt levels 10% higher than pre-pandemic levels. Debt to GDP fell slightly in the second quarter, but IIR warned that in many cases the recovery was not enough to bring debt ratios back to pre-pandemic levels.

Household debt also rose nearly 3% in the first half of 2021 “in line with rising house prices in almost every major economy in the world,” according to Emre Tiftik, director of sustainability research at the IIF.

Historically, excessive debt levels have been reduced in four ways:

Austerity – spending cuts or tax increases generally prolong a slowdown and slow growth. Rising tax levels are inevitable at the end of debt cycles when large gaps in wealth exist due to high asset values

Economic growth – if economic growth exceeds interest rates, the debt / GDP ratio will fall without the need for austerity measures. However, according to a McKinsey Report on debt and deleveraging, since the 1930s debt growth has only occurred as a result of a war effort, a post-war “peace dividend”, or because of ‘an oil boom.

Inflation – high inflation reduces the real value of the debt, but this is something central banks tend to tolerate only in the short term.

Fault – default has been used by emerging market economies in the past, but is not an option for advanced economies due to the long-term impact on financial stability.

The end of the debt supercycle doesn’t have to be catastrophic. Ray dalio, the founder of Bridgewater Associates argues that, if well managed, deleveraging can be achieved through a combination of cutting spending, reducing debt, transferring wealth and printing money. It may take a decade or more for the debt burden to decrease, but once that happens, the economy can reset and productivity can start to rise again.

* Alison Brook is at the Knowledge Exchange Hub at Massey University campus in Albany, Auckland. She is on the GDPLive team. This article is a GDPLive blog post, and is here with permission. New Zealand’s GDPLive resource is also available here.

The fear of Christian Lindner

Let’s put a cap on borrowing to stop the increase in debt; it’s done by…

If you want forgiveness for your student loan, follow these 5 steps

No, the United States has not always paid its debts