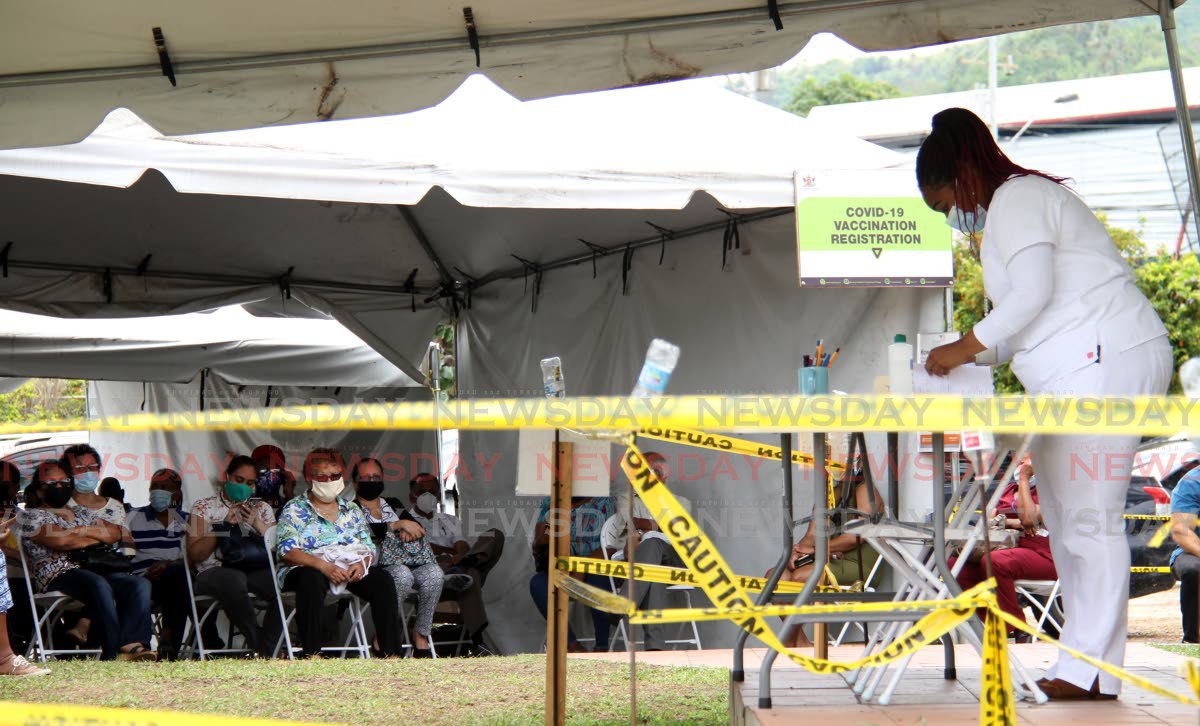 Shadow health system staff need to be cared for and have access to supplies and equipment to better care for covid19 patients.

This appeared to be one of the main points of the report by the committee appointed to investigate factors contributing to the clinical outcomes of covid19 patients in TT which was tabled in Parliament on Friday.

The report gave 16 physical and intangible recommendations to improve conditions for staff and patients in the shadow healthcare system, primarily to help staff care for patients more effectively and efficiently.

Some of the shortcomings of the system included staff shortages at all levels, from general management to doctors and nurses to orderlies and patient escorts. He said there were difficulties in turning the patient to lie on his stomach due to the lack of attendants and orderlies.

He added that at some sites, young doctors had to sleep on mattresses on the floor. Whether male or female, three or four doctors had to share the same dormitory and some room doors could not be locked. And locum doctors complained of one- to three-month contracts that created uncertainty and hurt their morale as they risked their lives.

“Nearly all the doctors we met complained of being overworked almost to exhaustion. Some of these doctors also had to perform non-medical tasks, such as lifting and moving patients, pulling patients to bed, processing nasal swabs.

The report says that under normal circumstances, the nurse-to-patient ratio would be one nurse to one or two patients in an intensive care unit (ICU) and one nurse to four to six patients in the ward.

However, the committee was told that there was often one intensive care nurse for every six ventilated patients in intensive care and one nurse for every 20–30 patients on the wards, which negatively affected the nurses mentally, physically and psychologically. And, this adds to the psychological pressure and stress of many deaths per day, including when one of their colleagues died of covid19.

Shortages of tocilizumab, midazolam, propofol and methylprednisolone were reported, and dexamethasone was often substituted for methylprednisolone, as well as difficulties in obtaining tracheostomies to help patients breathe.

What should be done

The list of recommendations includes a specific feedback system to monitor the needs of frontline workers as some have felt let down by management, on-site recreation facilities for all RHAs, 24-hour access to central stores C40 and a policy review regarding Tocilizumab use.

“Tocilizumab is administered at an advanced stage of covid19. Most of the staffs were very impressed with its effects and maybe C40 should increase the purchases of this drug. Although it is an expensive drug, there is a cost-benefit to be gained from its use.

He suggested the urgent implementation of an electronic data management and verification system with links to the ambulance transfer database, community care and hospital care databases.

He recommended the use of specific orderlies to help with feeding and meal distribution and that meals be provided to staff working in isolated areas. In addition, mental health support should be provided to staff, including an on-site staff psychology service and job security.

“The short duration of locum teaching and the lack of job security have taken a toll on the mental health of young doctors and nurses. We recommend that these personnel be given contracts of at least one year.

He also recommended that more be done to help prevent and manage non-communicable diseases, which are major contributors to serious illness and death in covid19 patients. This message should be aimed at children, adolescents and young adults to ensure that citizens become and remain healthy.

The 105-page report also pointed out that the four weeks allotted to the report were “far too short” for an in-depth assessment, so a quick assessment was presented. And it described the arrival of covid19 in the country, the variants, the peaks, the arrival of the vaccines, an overview of the different facilities of the parallel health system, described the process and the calendar of the committee, and listed the challenges and the obstacles to a more detailed Report.

Lack of data was a challenge

For example, under the heading Covid19 Patients in Hospital, it was written: “Variables requested and received included facility, date of admission, age, sex, level of care, vaccination status and comorbidities . However, the latter was entered using an open text format with inconsistent spacing delimiters and spelling that could not be easily coded for analysis, especially given the Committee’s tight deadline.

“Comorbidity data was therefore excluded from the analysis. Also, the spreadsheet only included hospital admission data, so patient outcome (living or dead) and length of stay were not available.

However, he said management protocols followed World Health Organization guidelines and international best practice. And there were adequate supplies of personal protective equipment, oxygen, and good planning and plans for ordering and storing most medications.

“We were unable to detect any delays in the provision of care that could have led to a negative outcome, except that they presented in the second phase of the disease.”

He also clarified some questions about what was considered a covid19 death in TT. In December, Chief Medical Officer Dr Roshan Parasram said anyone with covid19 at the time of death was classified as “covid dying”. Then there were those who suffered from covid19 and actually died from covid19.

The report states: “Covid19 deaths are therefore those that occur for which a confirmed infection with SARS-CoV-2 has been determined to be either the direct cause or a contributing cause of an individual’s death. This definition is fully consistent with the epidemiological definition used by the World Health Organization.

Findings from the data analysis pointed to high rates of comorbidity in deceased patients, particularly hypertension and diabetes; and fully vaccinated people were less likely to be admitted to the high dependency unit (HDU) or intensive care (5.4%) than those who were not (7.9%).