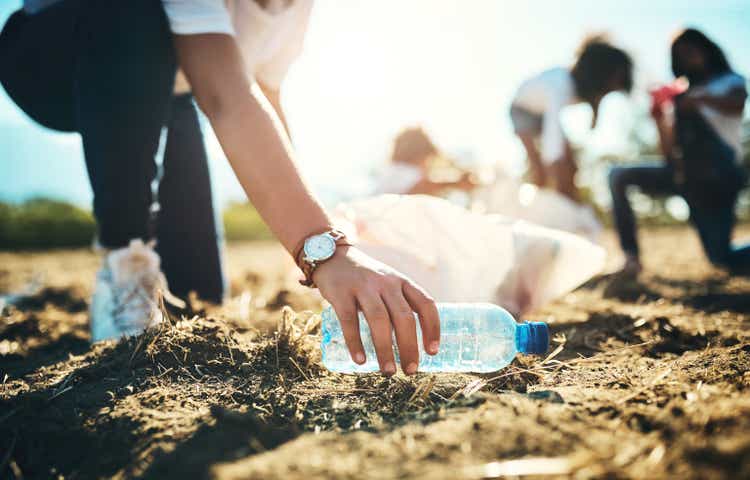 In my previous article on Casella Waste Systems, Inc. (NASDAQ: CWST), I came to the conclusion that the company has a good business model and a moat. However, I also argued that the stock was expensive, trading at that time at 42x forward earnings. You can read about it here. Since then, CWST has lost ~4% vs. a loss of ~8% for the S&P 500 and has outperformed the market. The company recently reported strong results in the second quarter of FY22, posting revenue growth of about 31% year-over-year above analysts’ estimates. However, I still believe that buying CWST today is a risky bet given where we are in the economic cycle and how that could impact the company’s profitability and ultimately on its valuation. I maintain my price target of $52 per share, which assumes an annual growth rate of 16% and a discount rate of 8%.

The firm released FY22 second quarter results on July 28, 2022. Overall, results were strong, beating analysts’ forecasts. In the last quarter, sales increased 31.4% year-on-year to $283.7 million. Results were bolstered by CWST’s acquisition-based growth strategy. It’s important to remind investors that CWST spent more than $170 million in FY21 on M&A transactions, which is a significant amount for a company with a net worth of $457.6. million dollars on the balance sheet. Management completed more than 11 acquisitions in the first seven months of 2022 for estimated annualized revenue of $47 million, showing that the current growth model is here to stay.

Finally, I would like to highlight our capital allocation and growth strategy. We continue to be successful in executing our growth strategy. We have now closed 11 acquisitions year-to-date with approximately $47 million in annualized revenue. The team continues to do a great job, maintaining a disciplined approach focusing on deals with the right strategic fit and return profile and ensuring that we complete the integration to achieve the expected return. Of the 11 acquisitions, five have been completed since our last earnings call, including two in the second quarter and three in July.

However, I think it is important that investors pay attention to the cost of these acquisitions. The recent amount of goodwill allocated to these transactions surely raises eyebrows since it represents nearly half of the amount paid by the company to acquire the various targets. It is also important to add that goodwill is increasing faster than total assets at this stage. Goodwill as a percentage of total assets is now around 19% compared to 16% a year ago.

The various segments performed strongly and management seemed quite confident that business activity will remain strong, despite recent PMI and manufacturing data pointing to softer economic conditions. Looking at landfill operations, volumes and prices were higher compared to last year thanks to a harsher winter and higher inflation. Similar factors are impacting collection activity, and management has specifically said it is very keen to ease inflationary pressures, particularly higher fuel costs.

First, in our landfill business, during the quarter we saw positive volumes and positive prices. Landfill tonnages increased in the quarter as we increased volumes after a difficult winter. The economy of the Northeast remains strong. We expect landfill volumes to be positive for the remainder of the year, with volume growth remaining focused on our landfill operating and pricing programs. From a pricing perspective, we continue to improve revenue quality through customer mix. We measure this through our average landfill price per ton statistic and in the quarter it increased by more than 6%.

Passage to the business of collection. We delivered strong adjusted EBITDA growth and year-over-year margin growth above budgeted levels. This achievement is twofold. We are starting the year with a concerted effort to reassess budgeted pricing programs in light of the environment. To date, our base pricing is working well to mitigate inflation and our fuel cost recovery fee program is working well to recover higher fuel costs. From an operational perspective, the results for the second quarter demonstrate strong operating leverage.

After all, CWST’s business is not entirely immune to economic reality and some of it remains cyclical. During the last recession, things turned sour for shareholders when the economy turned south and CWST saw a more than 5% decline in annual revenue. To be fair, the company is now better positioned to weather a recession thanks to a stronger balance sheet and lower debt levels, but I still think it’s important for investors to get a feel for the where we are in the cycle and how things may unfold.

On top of that, more than 90% of the company’s loans mature after 2026, giving it time to maneuver in the event of a short-term cash flow mismatch. That said, it’s important to point out that more than 50% of CWST’s total debt bears a variable rate and is directly impacted by higher interest rates. Although the company has implemented a hedging strategy using interest rate futures, it does not fully hedge these liabilities and part of the outstanding variable rate debt remains vulnerable to fluctuations. interest rates.

Overall, the company had a good quarter as illustrated by the total amount of cash created. In the last 12 months, cash flow from operations reached nearly $200 million, a new record that represents an increase of approximately 90% compared to FY17. That said, investors should be mindful of margins going forward as inflation continues to be an issue in the current market environment. In addition to this, the decline in economic activity is also another area of ​​concern today which is likely to negatively impact operations.

In my previous article on CWST, I found an intrinsic value of $52 per share. We remain well above this target. Based on 52 million shares outstanding, the company has a market capitalization of approximately $4.3 billion. In this part, I’ve updated my DCF model to reflect some of my latest assumptions:

Based on my entries, I think the stock’s fair value is still around $52 per share. Given that the current market price is well above my estimate, I considered CWST to be in overvalued territory and investors would be better off waiting for a pullback.

The price-to-sales ratio (“P/S”) is another good indicator to determine if CWST is expensive. The current value of ~4.3x is well above the 20-year average. If this multiple normalizes to a value of 2x the sales, investors face a decline of around 53% in the stock price, something to keep in mind.

The company recently reported strong second quarter FY22 results, beating analysts’ forecasts. Thanks to its M&A strategy, the company is growing faster than its competitors and still has a long way to go given its relatively low market capitalization. However, CWST remains expensive, especially if you factor in an economic downturn and a crisis in profitability. Based on my DCF model, I maintain my price target of $52 per share, which I believe provides a conservative estimate of the company’s current value.

Shares of Raytheon Technologies Corporation (NYSE:RTX) are falling: are they the cause?