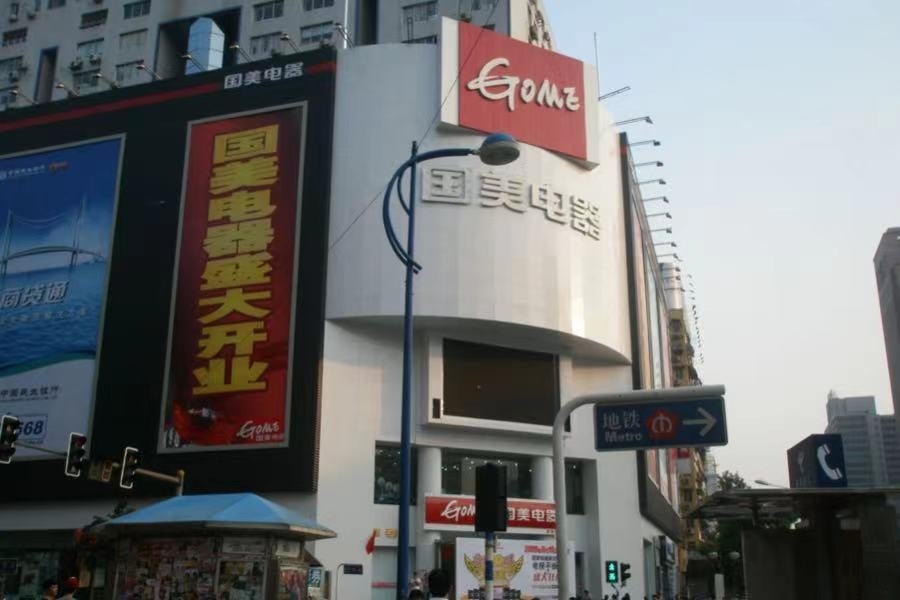 Chinese poems love to lament the transience of beauty. In real life, great business minds often meet the same fate, flourishing for a period before quickly fading into oblivion.

Former retail magnate Huang Guangyu is an example for this type of rise and fall. Once China’s richest man, founder of home appliance retail giant Gome Retail Holdings Ltd. (0493.HK) ended up behind bars in 2010, convicted of economic crimes. He was released in 2020 and hoped to bring his struggling business back to fame. But such glory days seem like a distant memory, as evidenced by the company’s latest earnings warning issued late last week.

It has not always been so. Upon Huang’s return, it was expected that he could bring his business back to wealth by aggressively pushing e-commerce using a new app called FUN. But the app wasn’t all that fun after all, failing to gain traction in a market already crowded with similar platforms.

As its situation continued to deteriorate, the company was ravaged by senior management defections, mass layoffs, and difficulty paying its remaining employees. None of these help Gome’s finances, both in terms of income and also in his large volume of bank debts.

The company’s latest earnings warning predicted that its revenue for the first three quarters of the year would fall 55% to 60%, and that it would see a sharp drop in revenue for the full year. He cited near-continuous disruptions to China’s strict measures to contain the highly contagious Omicron Covid variant since the start of 2022, which have created one of the toughest environments in years for traditional retailers in contact with consumers.

Adding to its woes, the company said falling revenue caused it to become delinquent on some of its loans, and its holdings of around 55 million shares in Zhongguancun (000931.SZ), worth about 350 million yuan ($48.5 million) at current prices, was frozen. It is currently in discussions with its lenders to find solutions. Hong Kong-listed shares of Gome fell 7.1% the next trading day after posting the bleak outlook, ending at an all-time low of HK$0.118.

In light of the dire circumstances, the company said it will focus on cutting costs and increasing efficiency, which includes closing inefficient stores and restructuring its business operations.

Lremains in the dust of e-commerce

While the pandemic is taking its toll on the business, that’s only half the story. The other half is business failure in e-commerce. Closures in many cities this year have boosted online shopping in general, benefiting many e-commerce platforms that may seize the trend.

Pinduo-duo PDD, the e-commerce platform focused on small towns in China, is a good example. Its revenue rose 22% to 55.23 billion yuan in the first half of the year, propelling the company to a net profit of 11.5 billion yuan after a loss a year earlier. Gome’s move in the opposite direction suggests he is burdened with his old brick-and-mortar retail operation, unable to adapt to the changing preferences of online shoppers.

Gome tried to show he was up to the e-commerce challenge with the FUN app, which used a “home and life” strategy to win over customers, modeled on short-form video giant Douyin, the Chinese version of TikTok. But the results have been dismal so far. According to data from third-party research firm Analysys, 18 months after going live, the platform had just 72.86 million monthly active users at the end of June, far below the 800 million and 350 million for e-commerce leaders. Ali Baba BABA and JD.comJ.D.respectively.

As her prospects plummet, Gome has become a revolving door not only for low-level employees, but also for senior executives. Late last month, the company confirmed that CEO of its home appliance business Wang Wei, a 20-year veteran in the business, and CEO of its investment company He Yangqing, had left after less than two weeks. a year of work. The management of Gome Electric, the unit headed by Wang, has now changed hands three times in the past 14 months.

As the founder of his prospects, Gome has to deal with debt that increases in proportion to the decrease in his income. In the five and a half years from 2017 to June, the company recorded cumulative losses of about 22.3 billion yuan, including nearly 7.4 billion yuan in the year and a half since the return of Huang at the end of 2020.

At the end of June, the company’s current liabilities stood at 50.07 billion yuan, including up to 22.9 billion yuan in bank loans that must be repaid within a year, according to interim financial statements. of Goma. But then it only had 2.41 billion yuan in cash and near-cash, meaning it will have to find other ways to make those payments. As a result, the company could soon face a debt crisis.

While its market capitalization is shrinking even faster than its revenue, the company’s price-to-sales (P/S) ratio has reached an extremely low level of only 0.11 times, even less than the 0.2 times for the former rival suffering similarly. Suning.com(002024.SZ), and much higher 1.63 times for Alibaba and 0.41 times for JD.com. Such a low valuation reflects the market’s contempt for the former retail superstar, whose beauty days must seem little more than a distant faded memory.

Interruptions in abortion care have a disproportionate impact