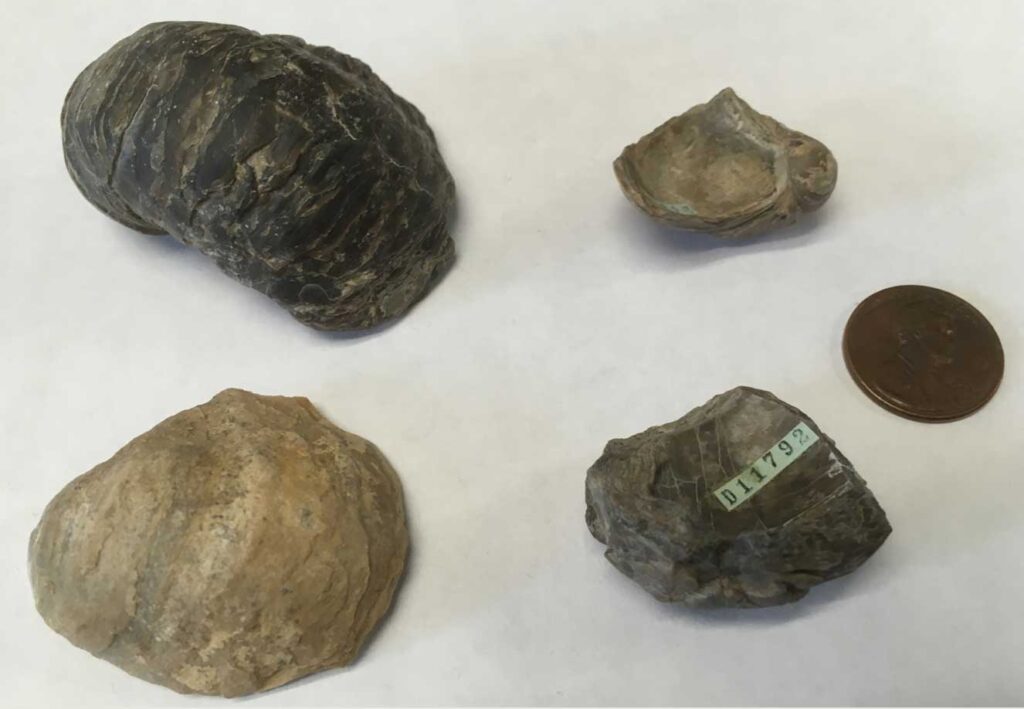 A new study from the University of Michigan that used fossil oyster shells as paleothermometers has found that the shallow sea that covered much of western North America 95 million years ago was as warm as the tropics today.

The study provides the first direct data on the temperature of this vast mid-latitude sea at the height of the Cretaceous Thermal Maximum, one of the warmest climatic intervals on the planet over the past hundreds of millions of years.

The findings, published online May 9 in the journal Geology, also hint at what could be in store for future generations unless emissions of heat-trapping greenhouse gases are brought under control.

“These data indicate that the interior of North America during the peak of the Cretaceous greenhouse was as warm as the hottest conditions in the modern tropics – imagine the climate of Bali, Indonesia, in places like the Utah or Wyoming,” the study’s lead author said. Matt Jones, former postdoctoral researcher at the University of Michigan, currently at the National Museum of Natural History at the Smithsonian Institution.

The study found that average water temperatures in the Western Interior Seaway during the mid-Cretaceous ranged from 28 to 34 degrees Celsius (82 F to 93 F), as warm as modern tropical extremes like the Indo-Pacific hot pool, which consistently exhibits the highest water temperatures over the largest expanse of the Earth’s surface.

Atmospheric concentrations of carbon dioxide during the mid-Cretaceous are still debated among researchers, but numerous studies have shown levels above 1,000 parts per million. Current levels are just over 420ppm but could exceed 1,000 by the end of this century unless fossil fuel emissions are reduced, climate scientists say.

“These new findings help resolve temperatures in North America during a maximum greenhouse heat interval in the geological past, which in turn may help us better predict how hot the Earth might be in the past. future under higher atmospheric CO2 conditions,” said UM geochemist and study co-author Sierra Petersen, assistant professor in the Department of Earth and Environmental Sciences.

To determine how hot North America was during the global greenhouse peak of the Cretaceous 95 million years ago, researchers analyzed 29 well-preserved oyster shells from a fossil collection from the US Geological Survey.

The fossils came from sandstone and shale outcrops in Wyoming, Colorado, Utah, New Mexico and Arizona, places that were at a latitude similar to today’s, but were underwater during the Cretaceous. At that time, the Western Interior Seaway stretched from the Gulf of Mexico to the Arctic and from present-day Utah to Iowa.

Fossils collected across the western interior of the United States show that the seaway was teeming with marine life, including massive clams, spiral-shelled ammonites, and extinct types of oysters. Dinosaurs roamed the adjacent coastal plains.

Sectional view of the cut and polished surface of a Cretaceous oyster (Exogyra trigeri) from the Mancos Shale Formation in McKinley County, New Mexico, with a penny for scale. Image credit: Jon Hoffman

For the current study, the researchers used fossil oyster shells collected over several decades by Bill Cobban, one of the most prominent American paleontologists of the 20th century, and his colleagues. As oysters grew, their shells incorporated various forms, or isotopes, of the elements oxygen and carbon, in proportions that reveal the temperature of the surrounding seawater.

With a small Dremel drill, Jones sampled the fossil shells and collected the powdered calcite. Using a state-of-the-art mass spectrometer in Petersen’s UM lab, the researchers measured the isotope ratios of carbon and oxygen. Specifically, they looked at the presence of the heavy carbon isotope carbon-13 and the heavy oxygen isotope oxygen-18, and how often they were found bound together in the crystal structure of calcite.

The map shows the coastline of the Western Interior Seaway of North America 94 million years ago. Dots indicate sites where fossil specimens of oyster shells have been collected. Samples of these shells were analyzed at the University of Michigan using a technique called clustered isotope paleothermometry. Illustration credit: Matt Jones

This binding frequency of the two heavy isotopes, called isotopic aggregation, is very sensitive to ambient temperature during the formation of a mineral, allowing scientists to reconstruct past temperatures using a recently developed technique called clumped isotope paleothermometry.

“Many generations of geologists have studied the paleontology and stratigraphy of the Western Interior Seaway, providing different insights into past climate and a knowledge base that made this study possible,” Jones said. “However, no direct paleothermometer measurements existed – until now – from the interior of North America for the peak of this Cretaceous greenhouse world.

“This lack of records has hindered a solid understanding of the temperature evolution of North America through the Cretaceous and the influence of temperature on the continent’s marine biota in the Seaway, as well as on terrestrial fauna such as the dinosaurs that inhabit the adjacent coastal plains.”

According to the authors, the North American data from the new study is consistent with previous studies that used traditional oxygen isotope paleothermometry techniques at deep sea sites around the world. These earlier studies, which measured the ratio of stable oxygen isotopes, inferred sea surface temperatures in the subantarctic 20 s C (lower 80 F) to the mid 30 s C (upper 90 s F) of the tropics and south. middle latitudes.

In addition to specific findings quantifying past global heat in the Western Interior Seaway, the new study also demonstrates how this particular geochemical technique can be used to reveal climatic conditions in the distant past, where earlier techniques have had some success. evil.

“Even after working with the clumped isotope paleothermometer for 15 years, I still find it amazing that, given the right samples, we could basically dip a thermometer into a 95 million year old ocean and figure out how bad it was. warm.” said Peterson. “If we want to be able to better predict how different life on Earth might respond to future warming, concrete estimates of temperature during past warm periods can help us set upper limits on survivability.”

The other author of the geology article is UM graduate student Allison Curley. The work was funded by the National Science Foundation, the University of Michigan, and the National Museum of Natural History’s Peter Buck Fellowship.

/Public release. This material from the original organization/authors may be ad hoc in nature, edited for clarity, style and length. The views and opinions expressed are those of the author or authors.View Full here.