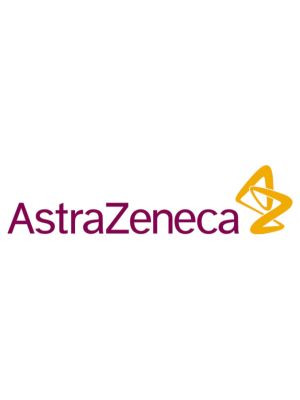 AstraZeneca’s Imfinzi (durvalumab) has been recommended for marketing authorization in the European Union (EU) for the first-line treatment of adult patients with unresectable or metastatic biliary tract cancer (BTC) in combination with chemotherapy (gemcitabine plus cisplatin).

The Committee for Medicinal Products for Human Use (CHMP) of the European Medicines Agency has based its positive opinion on the first results of the TOPAZ-1 phase III trial published in the New England Journal of Medicine Evidenceand on the updated results presented during the European Society of Medical Oncology Congress 2022.

Updated results of TOPAZ-1 after an additional 6.5 months of follow-up showed a 24% reduction in the risk of death compared to chemotherapy alone (HR 0.76; 95% CI, 0.64-0.91), with more than twice as many patients estimated to be alive at two years versus chemotherapy alone (23.6% versus 11.5%). Median updated overall survival (OS) was 12.9 months versus 11.3 months with chemotherapy.

BTC is a group of rare and aggressive cancers that arise in the bile ducts and gallbladder.1.2 There are approximately 210,000 new patients diagnosed each year with cancer of the gallbladder and bile ducts, and approximately 40,000 of these occur across Europe.3 These patients have a poor prognosis, with about 5% to 15% of BTC patients surviving five years.4

Juan W. Valle, MD, Professor of Medical Oncology at the University of Manchester, UK, and Principal Investigator of the TOPAZ-1 Phase III trial, said: “This positive review is good news for patients with advanced biliary tract cancer in the European Union who face a poor prognosis and limited treatment options. The combination of durvalumab and chemotherapy is a significant breakthrough for patients after more than a decade of limited progress, and this regimen is expected to become a new standard of care option once approved.

Susan Galbraith, Executive Vice President, Oncology R&D, AstraZeneca, said: “If approved, Imfinzi plus chemotherapy will offer patients with advanced biliary tract cancer the first opportunity for treatment with a combination on immunotherapy. This innovative regimen has been shown to significantly extend the lives of patients, and we look forward to bringing this option to those in the European Union as soon as possible. »

Imfinzi plus chemotherapy is approved in the United States, Canada, South Korea and Brazil for the treatment of patients with locally advanced or metastatic BTC. Regulatory applications are also under review in Japan and several other countries based on TOPAZ-1 results.

Bile duct cancer
BTC is a group of rare and aggressive gastrointestinal (GI) cancers that form in cells of the bile ducts (cholangiocarcinoma), gallbladder, or ampulla of Vater (where the bile duct and pancreatic duct connect connect to the small intestine).1.2

Early-stage BTC affecting the bile ducts and gallbladder often presents without clear symptoms, and most new cases of BTC are therefore diagnosed at an advanced stage, when treatment options are limited and the prognosis is poor.4-6 Cholangiocarcinoma is more common in China and Southeast Asia and is on the rise in Western countries.1.4

TOPAZ-1
TOPAZ-1 is a global phase III, randomized, double-blind, placebo-controlled, multicenter trial evaluating Imfinzi in combination with chemotherapy (gemcitabine plus cisplatin) versus placebo in combination with first-line chemotherapy in 685 patients with advanced or unresectable cancer. Metastatic BTC, including intrahepatic and extrahepatic cholangiocarcinoma and gallbladder cancer. Patients with ampullary carcinoma were excluded.

The primary endpoint is overall survival and the primary secondary endpoints included progression-free survival, objective response rate, and safety. The trial was conducted at 105 centers in 17 countries, including the United States, Europe, South America and several countries in Asia, including South Korea, Thailand, Japan and China.

Imfinzi
Imfinzi (durvalumab) is a human monoclonal antibody that binds to the PD-L1 protein and blocks the interaction of PD-L1 with the PD-1 and CD80 proteins, countering tumor immune evasion tactics and releasing the inhibition of immune responses.

Imfinzi is also the only immunotherapy approved for unresectable or metastatic bile duct cancer and hepatocellular carcinoma [in combination with Imjudo (tremelimumab)]. It is also approved in combination with Imjudo and chemotherapy in metastatic non-small cell lung cancer (NSCLC) and as part of the curative intent of unresectable stage III NSCLC in patients whose disease has not progressed after chemoradiotherapy. This is the global standard of care in this setting, based on the Phase III PACIFIC trial.

As part of an extensive development program, Imfinzi is being tested as a single treatment and in combination with other cancer treatments for patients with SCLC, NSCLC, bladder cancer, several gastrointestinal cancers, cancer of the ovarian, endometrial cancer and other solid tumors.

Under this program, the Company is committed to improving outcomes in stomach, liver, bile duct, esophagus, pancreas and colorectal cancers.

Imfinzi is approved in the United States and several other countries in combination with chemotherapy (gemcitabine plus cisplatin) for advanced biliary tract cancer and in the United States in combination with Imjudo (tremelimumab) in unresectable hepatocellular carcinoma. Imfinzi is being evaluated in combination, including with Imjudo, in cancers of the liver, esophagus and stomach as part of an extensive development program covering early and late stages of the disease in all settings.

Enhertu (trastuzumab deruxtecan), an antibody-drug conjugate directed against HER2, is approved in the United States and several other countries for HER2-positive advanced gastric cancer and is being evaluated for colorectal cancer. Enhertu is jointly developed and marketed by AstraZeneca and Daiichi Sankyo.

AstraZeneca in immuno-oncology (IO)
AstraZeneca has a comprehensive and diverse IO portfolio and pipeline rooted in immunotherapies designed to overcome anti-tumor immune response evasion and stimulate the body’s immune system to attack tumors.

AstraZeneca aims to reinvent cancer care and transform outcomes for patients with Imfinzi as a single treatment and in combination with Imjudo as well as other innovative immunotherapies and modalities. The Company is also exploring next-generation immunotherapies such as bispecific antibodies and therapeutics that exploit different aspects of immunity to target cancer.

AstraZeneca is boldly pursuing an innovative clinical strategy to bring IO-based therapies that deliver long-term survival in new settings for a wide range of cancer types. Through an extensive clinical program, the Company also advocates the use of IO therapy in the early stages of disease, where there is the greatest potential for cure.

AstraZeneca in oncology
AstraZeneca is leading a revolution in oncology with the ambition to provide cures for cancer in all its forms, following science to understand cancer and all its complexities to discover, develop and deliver life-changing medicines to patients.

The company focuses on some of the toughest cancers. It is through persistent innovation that AstraZeneca has built one of the most diverse portfolios and pipelines in the industry, with the potential to catalyze change in the practice of medicine and transform the patient experience. .

AstraZeneca has a vision to redefine cancer care and one day eliminate cancer as a cause of death.

Astra Zeneca
AstraZeneca (LSE/STO/Nasdaq:AZN) is a science-based global biopharmaceutical company focused on the discovery, development and commercialization of prescription drugs in oncology, rare diseases and biopharmaceuticals, including cardiovascular, kidney and metabolic and respiratory. & Immunology. Based in Cambridge, UK, AstraZeneca operates in more than 100 countries and its innovative medicines are used by millions of patients worldwide. Please visit astrazeneca.com and follow the Company on Twitter @AstraZeneca.

2. ESMO. What is bile duct cancer. Available at:

Interruptions in abortion care have a disproportionate impact