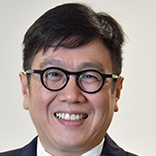 A new investigation in Singapore concluded that new inflammatory markers such as distribution width of red blood cells on hemoglobin ratio (RDW / Hb) were useful in improving the prognosis of mortality from epidermal necrolysis.

These markers were particularly useful when combined with the disease severity score for toxic epidermal necrolysis (SCORTEN).

Haur Yeuh Lee, MBBS, Department of Dermatology, Singapore General Hospital, and other researchers noted that SCORTEN is the most commonly used prognostic score in epidermal necrolysis.

For their study, Lee and colleagues assessed the association between new inflammatory markers and in-hospital mortality in patients with epidermal necrolysis over a 17-year period from 2003 to 2019.

A total of 192 patients were included in the study, all selected from the National Reference Center for Epidermal Necrolysis at Singapore General Hospital.

A total of 114 patients (59.4%) were female, with the median age of this cohort being 56 years. The patients were divided into 4 risk groups, the inflammatory marker RDW / Hb having been applied to all 4 groups.

Lee and his colleagues considered in-hospital death rates to be the primary outcome assessed in the study, while discrimination and calibration of risk scores were assessed using the area under the Receiver operating characteristic curve (AUC) and calibration plot, respectively.

Finally, the evaluation of the incremental prognostic value of these markers was performed with a comparison of AUC between old and new risk scores, as well as the use of net improvement in reclassification (NRI) and Integrated Discrimination Improvement (IDI).

The investigators noted that of the 192 total patients included in the study, 43 (22.4%) did not survive discharge.

Among the new inflammatory markers, only the distribution width ratio of red blood cells / hemoglobin was significant in the prediction of in-hospital mortality after adjustment for SCORTEN (odds ratio [OR] 3.55; 95% CI, 1.76-7.16; P<.001>

Finally, Lee and investigators noted that re-SCORTEN exhibited good calibration based on the calibration plot.

â€œIn this cohort of patients, RDW / Hb, an inexpensive and readily available marker, showed similar predictive accuracy with SCORTEN,â€ the team wrote. “In addition, when used in combination with SCORTEN, it also helped to increase prognostic capacity.”

The study, “Improved Prognosis of Mortality in Patients with Epidermal Necrolysis The Role of New Inflammatory Markers and the Proposed Revision of SCORTEN (Re-SCORTEN)” has been published online in JAMA Dermatology.