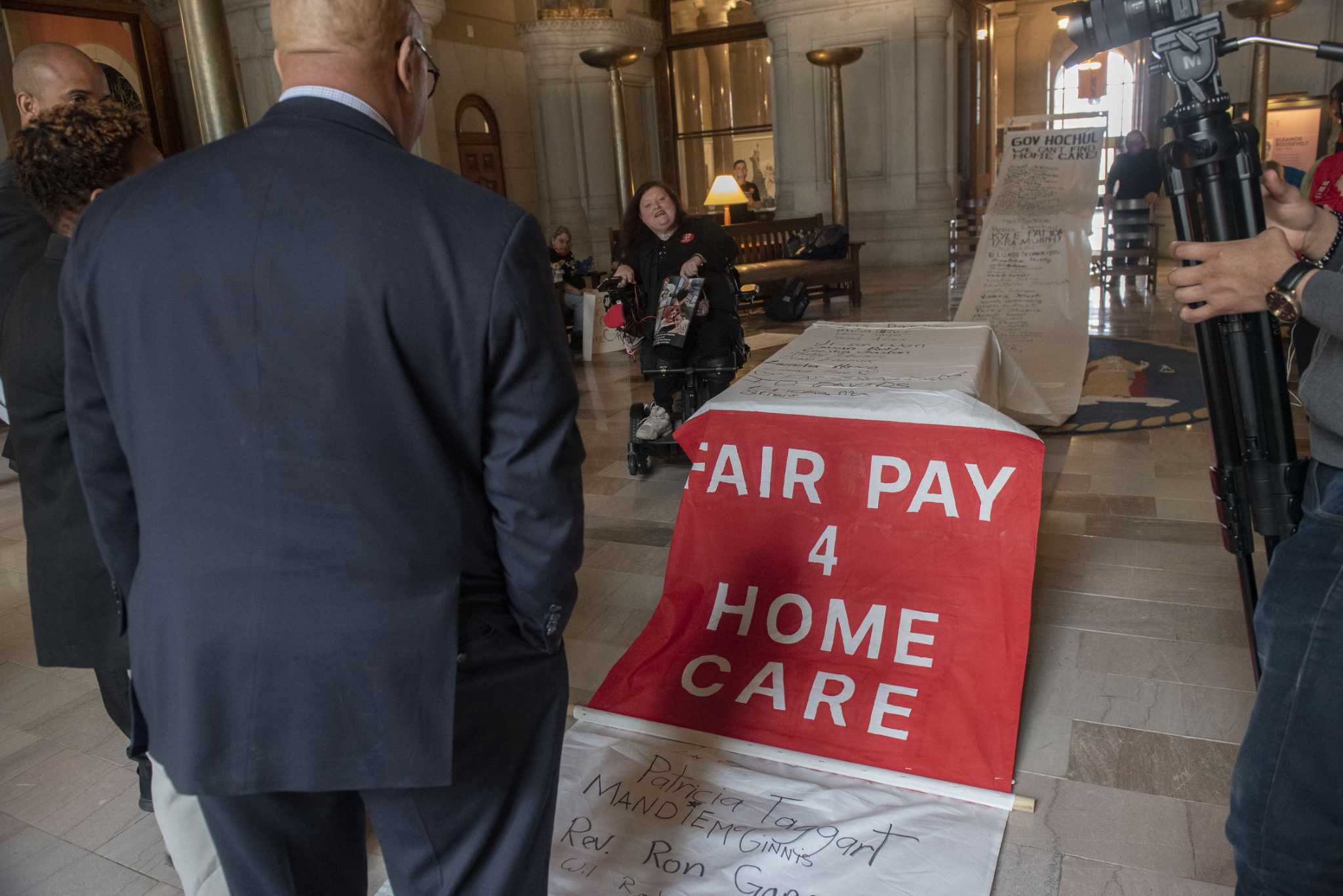 ALBANY — Hundreds of millions of dollars in public funding set aside to raise the wages of home care workers will likely end up in the pockets of private health insurance companies, industry experts say.

The issue comes as a staffing crisis has crippled disability care programs and cost more than $100 million a year to manage the fallout from the influx of people leaving these jobs, according to a recent survey. by New York Disability Advocates. .

Over the past three years, 130 group homes operated by the State Office for People with Developmental Disabilities in New York City have been “temporarily suspended” due to vacancies, the agency said. This does not include facilities run by nonprofits, which provide most state care.

Although New York has increased the wages it pays workers in public facilities, the private sector — particularly nonprofits — accounts for about 80 percent of the services provided to people with intellectual and developmental disabilities. But the average salary for social workers in this industry is still less than $15 an hour.

The money is intended to help end New York’s worst home care shortage. The funding is for a minimum wage increase of $3 an hour – $2 this year, $1 more next year. Workers and advocates are calling on the state to make insurance companies pay their fair share.

But private insurance companies, which negotiate reimbursement rates with home care agencies, are offering wage increases as low as 20 cents or 50 cents an hour, depending on offers from two shared insurance companies. with the Times Union with the company name redacted.

According to Bryan O’Malley, executive director of the Consumer Directed Personal Assistance Association, discussions with insurance companies can hardly be called “negotiations” because home care agencies have little leverage.

“The only way to force any type of negotiation is for the Department of Health to get involved,” which is rare, O’Malley said.

According to a survey conducted last week by the New York State Health Care Providers Association, 87% of home care agencies say no insurance company has communicated about the rate change. . Of those who heard from insurers, 61% said they had been offered reduced rates. Most respondents said insurance companies were actively trying to prevent even discussing a new rate.

Homecare increases are set to take effect Oct. 1 – so if the state doesn’t immediately step in, private insurance companies could keep 80% of the money earmarked for low-income homeworkers, according to the defenders.

The added cost to home care agencies could trickle down to workers in the form of reduced hours and overtime pay and consumer opt-outs with some insurance plans, O’Malley said.

A spokesperson for the state Department of Health said insurance companies or managed care organizations cannot retain state funds due to federal “medical loss reporting” requirements. “. The medical loss rate refers to the percentage of premium dollars a health plan spends on medical claims and quality improvements compared to money spent on overhead.

“The department has advised plans that they should begin coordinating with their vendor network to update the required vendor contract on August 16 when we have delivered updated hourly amounts and rate schedules,” said Monica Pomeroy. “Additionally, on September 12, the department hosted a second webinar where we reiterated this information with MCOs and vendors.”

The health department will continue to reiterate its previously issued guidance with health plans to ensure legal compliance, she added. Providers are urged to contact their contact at the Ministry of Health if they believe the plans are unreasonable.

“The new hourly values, which include all elements of the home care worker’s salary, are sufficient and actuarially certified to meet the state’s new legal requirement as of October 1, based on all interactions and contributions we have had to date since both MCOs and vendors,” said Pomeroy.