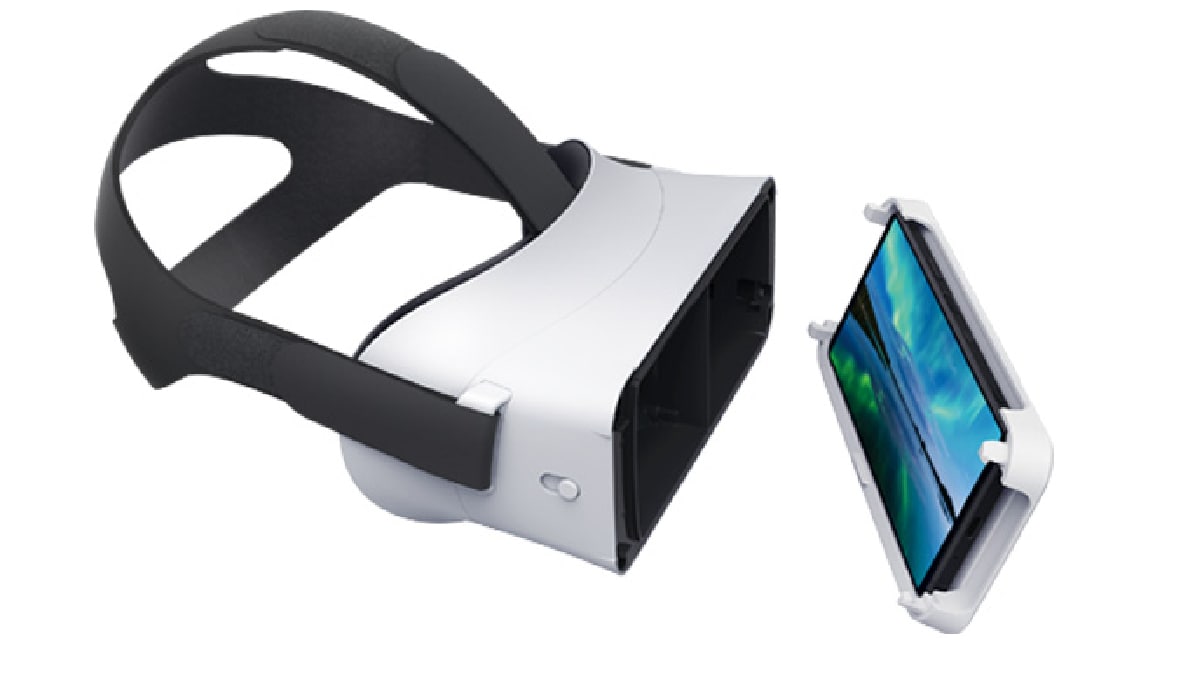 Sony unveiled a new virtual reality (VR) headset called the Xperia View on Tuesday as well as the launch of the Sony Xperia Pro-I smartphone. Xperia’s first VR headset is not a stand-alone device and only works with Sony Xperia 1 II and Xperia 1 III smartphones. The audio device offers 120 degrees of horizontal vision to support the 6.5 inch screen of compatible Xperia smartphones. Sony claims that the VR headset is capable of decoding 8K video data and 360 degree video.

Sony announcement (in Japanese) the launch of the Xperia View VR headset while unveiling the new flagship smartphone of the Xperia Pro-I series in Japan. Sony says the headset will cost around JPY 30,000 (around Rs. 19,800) and will be gray in color. The headset will go on sale October 27 at select Sony retail stores. Sony says the actual selling price will vary among sellers.

The Xperia View VR headset is currently listed on Sony Japanese Official Online Store and Au Online Store for JPY 29,700 (approx Rs. 19,613). So far, Sony has not shared any information on the availability of its VR headset in other markets, including India.

The Xperia View VR headset comes with a wide viewing angle lens to ensure compatibility with the 21: 9 aspect ratio of compatible Xperia smartphones. Sony claims that users of its Xperia Series 1 smartphones can use 5G to download large volumes of 8K content at high speed and view it on the VR headset. The headset features a high-definition 4K organic electroluminescent (EL) display with HDR support for the VR experience. In addition, the Xperia View would offer playback with less afterimages with the Xperia 1 III smartphone.

The headset is designed to provide support to the back of the user’s head and from above to ensure a stable fit while turning to view 360 degree footage. The Xperia View VR headset can also be worn with glasses. The headset can be operated using the side buttons of the smartphone and pressing the case.

DMM video, 360Channel, and video content supported by the Xperia View app can be viewed on the Xperia View VR headset through compatible apps. For this, users need to install the app on their smartphone from the Google Play Store.

Sony also launched the Xperia Pro-I at Tuesday’s event for $ 1,799.99 (around Rs. 1.35 lakh). The smartphone has a 1-inch Exmor RS CMOS sensor with phase detection autofocus. The smartphone has a dedicated trigger on the right spine and Zeiss Tessar calibrated optics. A Snapdragon 888 SoC associated with 12 GB of RAM powers the device. The phone has a 6.5-inch 4K HDR OLED display (3840 x 1644 pixels) with a refresh rate of 120 Hz and comes with a triple rear camera configuration. The handset contains a 4,500mAh battery with 30W fast charging support.

A human-specific modifier of cortical connectivity and circuit function