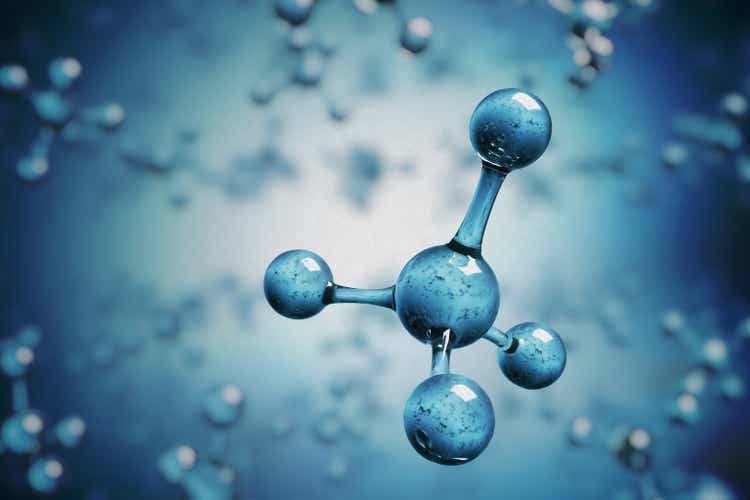 LSB Industries share: still a good investment in the face of inflation? (NYSE:LXU)

We continue our analysis of inflation hedge companies with LSB Industries (NYSE: LXU), a chemical company that manufactures ammonia-based products. The American company is one of the largest domestic producers of nitrogen fertilizers used in agriculture, as well as nitric and sulfuric acid. compounds used by a wide range of end markets, such as construction, automotive, metal processing, pharmaceuticals, semiconductor chemicals, paper, water treatment, and mining .

The company is divided into three business units based on the target market:

The company has not released specific data on the geographic percentage of revenue, but they are produced entirely in the United States, Canada and Mexico.

Over the past 10 years, LSB has been impacted by negative results due to a declining revenue trend, highly volatile revenue and, most importantly, negative earnings and FCF. These past results had made the business extremely risky, with net debt/EBITDA reported at 8.7x in 2020. 2021 was a groundbreaking year for the business, LSB was positively impacted by rising inflation and the rise in raw material prices, a fact which, combined with good financial management, has enabled the company’s fundamentals to improve significantly.

On the cost side, the company’s main cost is natural gas, a key element in the production of ammonia. As we know, the price of gas has skyrocketed over the past year, especially following the Russian invasion. However, LSB Industries managed to contain its gas purchase costs, thanks to hedging contracts, a positive circumstance which also led to an increase in margins from negative territory to the figures of the big technology companies.

In 2020, the company had a profit margin of -17.62%, compared to 7.82% in FY ’21 and the astonishing 29.5% achieved in the first quarter of 2022, a margin that should be maintained throughout 2022. These astonishing results have enabled the management of the company to reduce its overall risk, in particular thanks to two extraordinary transactions that facilitated additional capital and reduced debt fundamentals. The management of the company Fiscal 2021 converted $296 million of preferred stock into common stock, bringing equity to $471 million at the end of 2021.

Additionally, LSB Industries improved its capital structure through debt refinancing, which reduced its cost of debt by 3% and raised an additional $200 million in cash for future acquisitions and investments to make the more efficient production. As a result, the company will improve the profitability of its group, currently the new net debt to EBITDA ratio has been reduced to 2.34x in the first quarter of 2022 and could increase to 1.55x following expectations of an EBITDA of 310 million dollars for AF ’22. These are very good results that have fully benefited from the macroeconomic context of the past two years.

The company will likely be able to sustain this profitability through 2022, guiding earnings to around $160 million and achieving a PE ratio of 10.81x given current capitalization.

As mentioned in the introduction, our internal team believes that LSB can be an excellent investment in an inflationary environment for the following reasons:

Based on the above, we believe that LSB Industries can be a good investment to defend your portfolio against inflation risk. Based on history and fundamentals, we don’t think the company is a good standalone buy, as it would be very negatively affected by a decline in commodity prices which are currently at all-time highs. If this inflationary pressure continues, LSB industries will be very positively affected. Therefore, we are initiating a hedge with a neutral rating.