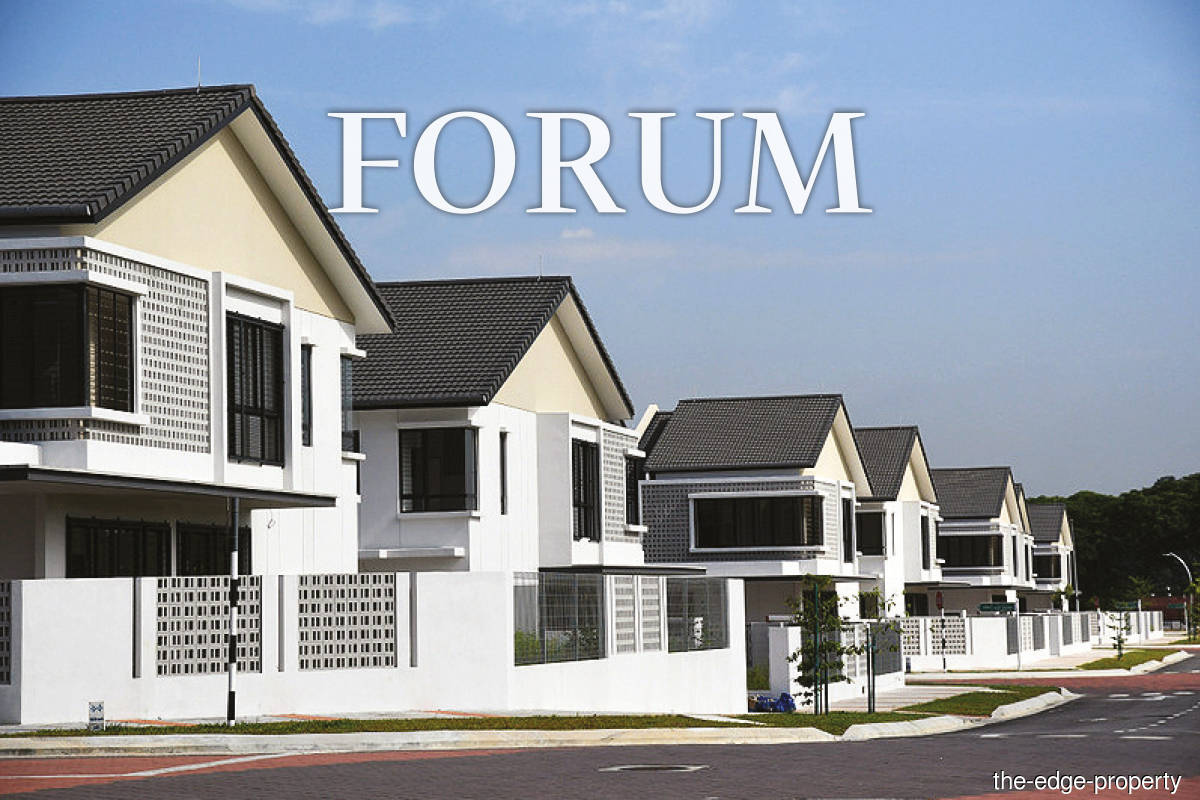 My Say: How the social market can solve housing problems

The Malaysian real estate market shrank significantly in 2020, falling 9.9% in volume and 15.8% in value, according to the Department of Real Estate Valuation and Services.

In its latest Financial Stability Review, Bank Negara Malaysia pointed out that there remains a significant number of unsold properties, especially in the private residential sector, with a structural overhang of unsold units in finished, under construction and planned, especially in the â€œaffordable housing segmentâ€.

Bank Negara defines affordable housing as those that cost less than 30% of gross income to finance and that have a price / income ratio of less than three. However, as of 2014, this ratio for the average house ranged from 4.0 to 4.4 of the median income, and the Khazanah Research Institute found in 2019 that houses were “seriously unaffordable.”

When you have houses available at an “affordable” price but there are no buyers at that price, then you have a market failure. This has many causes, which include poor information on the quality and therefore the prices of different properties, even in similar places. It can also be due to poor coordination between buyers and sellers, a situation often mediated by agents who encourage higher prices to obtain higher fees.

Psychological effects also play a role. When developers have invested heavily over three to five years to build homes, they often cannot bring themselves to reduce prices to prevailing market levels if this results in a lower margin on costs and is seen as compensation. insufficient for the risks they face. There may also be collusion among developers to prevent themselves from â€œgiving inâ€ to market pressures, which would lower prices and lower profits for everyone.

Developers often misjudge their units against the possible price that eligible customers can pay. They would rather leave the units empty than lower the prices, perhaps in the hope that the market will recover. If they see an optimistic economic forecast from Bank Negara, even with a pandemic, they might well think it is worth waiting for demand to return. They often don’t need to make quick sales either. Another scenario is that there is no competitive market for certain types of housing, leaving developers relatively free to offer programs on their own terms.

We also have homeowners who buy homes “off plan”, that is, before they are built, for investment purposes and they are willing to leave them empty rather than lowering the prices. . This poses the problem of wealth inequality in Malaysia where very rich people don’t even put their assets in the market because they don’t need the fruits of the sale.

Financial arrangements are biased because they are often based on multiples of income rather than the ability to pay. They are also often designed to be more affordable for financing new properties, sometimes on 100% or even 110% mortgages, than for financing the resale of older properties where down payments are difficult to pay. This effectively limits competition from secondary markets, which would otherwise cause new home prices to fall.

Whatever the cause of the market failure, we know that if left on its own, the housing market will not solve these problems for reasons that we fully understand. To get a good result close to the best market solution, we need to apply policy interventions to try to reproduce the preferred market result. In the social market economy, this is called ordoliberalism, loosely translated as orderly liberal markets.

What were the mistakes made in politics?

Basically, government policies tried to lower the price of supply by subsidizing construction costs, and on the demand side, they tried to offer various funds, discounts, and financial programs to help buyers.

But the subsidies did not reduce the price of the offer, and developers are likely to accept the subsidies but still maintain prices above the actual cost of construction. They can afford to wait because they have grant income. This causes the supply of houses at unaffordable prices to exceed market demand, and those units are not sold.

There was also poor planning. Many developments are in remote places where people don’t want to live. Often, logistical infrastructure such as roads, shops, schools and other amenities are not in place because local authorities or planners do not coordinate.

If the housing market is not reformed, we will continue to have empty homes and people who want to buy but cannot afford it.

So what must happen? Where are we going to start?

Key issues that need attention include wealth inequality, which can be addressed with a tax on real estate gains or the eventual tightening of multiple ownership proceedings. We also need to address the gap between buyers who prefer affordable housing and builders who offer more expensive housing.

Buying homes at three times the annual income is also problematic. The median household income in 2019 was RM5,873, or about RM70,000 per year. This would only provide 210,000 RM for housing finance and therefore at least 50% of Malaysian households cannot afford houses. We need to decouple finance from income because on the demand side the income is fundamentally too low so people can’t get finance, can’t afford the down payment and have other debts and fees. subsistence, so they cannot afford the funding even if they can get it. This is true for combined household income and is worse for singles. Of course, there are also more single-person households now.

A partial solution to this problem would be to have a two-generation financing system, in which the income of several generations can be taken into account on the basis of the normal practice of inheriting the family home. While this does not break the income link, it does make housing more affordable.

Another interesting alternative would be for Malaysia to promote a â€œhome useâ€ option rather than, say, a â€œhome ownershipâ€ approach. Long term rental or leasing rather than ownership should be an option. From an Islamic point of view, one of the main basic needs is to “meet the provision of shelter for everyone” and this does not necessarily mean asking everyone to own a house.

Funding would then be decoupled from income levels, which is currently the cause of the problem, and instead be based on affordability of repayment. This could be done through different agencies at federal and state level or even private cooperatives.

In a social market, the principle of subsidiarity emphasizes the individual responsibility to provide for themselves and their dependents, and the principle of solidarity promotes the support of the poorest through policies. social when they cannot meet their needs.

This is where the third sector can step in to provide social impact housing projects, funded by Social Impact Bonds (SIB), or from an Islamic perspective, Socially Responsible Investment Sukuk (SRI Sukuk).

These can be adopted by companies as part of their corporate social responsibility (CSR) efforts or even be open to companies and retail investors looking for returns with social impact. Housing for the B50s or B60s could be financed through SIB or SRI Sukuk, where investors have the choice of getting a return or where endowments and waqafs fund these projects.

How difficult will the reforms be?

Reform is difficult when dealing with multiple parties, all of whom have a legitimate interest in the business. Development company ownership, land rights, and other property rights mean you can’t just expropriate units to reallocate or sell them. It requires changes in the law.

However, when the developer is a company linked to the government at the federal or state level, this ownership status can be used to get it to cooperate with the reform. This is a clear advantage of government ownership.

What is the best scenario?

The best-case scenario is a complete reform of the housing market to eliminate housing overhang. Subsidization of development costs should stop because it only benefits manufacturers and has not reduced the market price.

Where people can finance through normal mortgage-backed programs, the free market will prevail. When income is too low to secure a sufficient mortgage, hire-purchase programs can be used. Also, a more general reform of the rental market to give more rights to tenants would make renting more attractive for many.