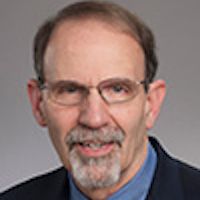 The risk of rapid eye movement (REM) sleep behavior disorder (RBD) is strongly associated with post-traumatic stress disorder (PTSD), according to a new study which also showed a higher likelihood of dream fulfillment in people with PTSD.

In new data presented this week at the 2022 annual meeting of the Associated Professional Sleep Societies (SLEEP), a team of American researchers observed gender and race-specific correlations between PTSD and disrupted sleep patterns in veterans receiving care. The trial, supported by the Wounded Warrior Project, could provide insight into the comprehensive psychiatric and neurocognitive needs of people with trauma.

Donald Bliwise, PhD, a professor in the Department of Neurology at Emory University School of Medicine, and his colleagues sought to examine the impact of demographics, including race, gender and education, on the link between diagnoses primary PTSD and probable RBD. Their population included “relatively younger, diverse, help-seeking, psychiatric outpatient” participants, to expand clinical understanding of the link between trauma and sleep from standard research.

“PTSD was associated with REM measures derived from polysomnography without atonia suggestive of RBD,” the investigators wrote. “These findings were reported in men in their 50s.”

Bliwise and colleagues evaluated 1,658 patients who were veterans enrolled in a non-Veterans Affairs (VA) based treatment program; all patients received diagnostic and psychometric interviews. About half (48%) met the screening criteria for PTSD. Among them, the mean age was 40.0 years, more than two-thirds (n=549) were male, and nearly half (n=381) were non-white patients. Other prominent diagnoses among eligible patients included major depression and various anxiety disorders.

Mean UMRBDQ scores among included patients were 0.52. The likelihood of RBD was defined by the 90th percentile of UMRBDQ scores, based on previously published psychometrics. Multiple logistic regression was used to define predictors of high versus low UMRBDQ scores. Predictors included diagnosis, self-reported sex, race, and education.

In a recent interview with HCP Live, Gina Poe, PhD, Eleanor Leslie Professor of Innovative Brain Research at UCLA, explained the burden of lack of sleep in patients with PTSD: it had already been observed in research that patients trauma patients suffered from overactivation of the locus coeruleus before the brain progressed to the REM stage of sleep, as in patients with anxiety-related insomnia. While people are supposed to have a “fully silent” locus coerulueus before REM sleep, patients with PTSD can fall asleep with rapid activity.

“What we think is that REM sleep becomes maladaptive, and instead of helping us separate the emotionality from the facts of what we’ve learned, it actually merges them together in an abnormal way so that each time we remember that traumatic event, instead of just having the knowledge of memory…we still feel horrible,” Poe said. “People with PTSD are afraid to fall asleep for a good reason. “

Indeed, investigators concluded an observed correlation between PTSD in veterans and the risk of RBD.

“These findings confirmed that PTSD may be associated with a higher likelihood of having reported dreams come true and that these findings did not depend on self-reported gender, race, or education,” they wrote.

The study, “DSM-V Diagnosed Post-Traumatic Stress Disorder (PTSD) is Associated With Reported Dream Enactment Independently From Gender, Race or Education in a Psychiatric Outpatient Population,” was presented at SLEEP 2022.

What to do with Cigna (NYSE:CI) dividends