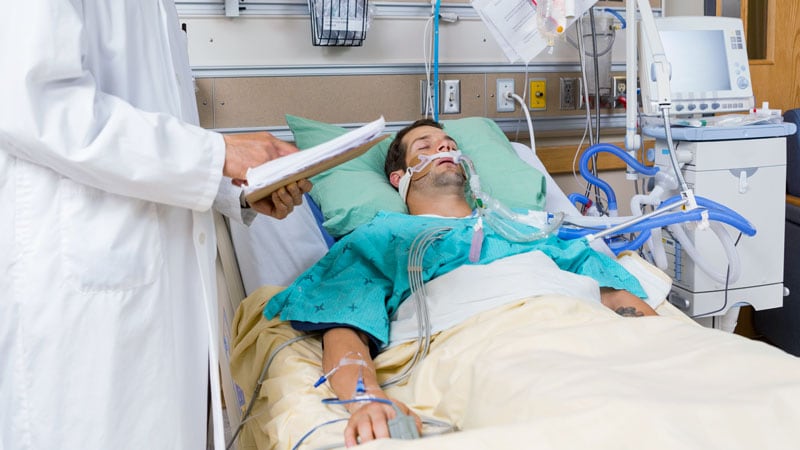 Sepsis Common cause of ICU admissions in MS patients

Sepsis is a common and alarming cause behind ICU admissions in patients with multiple sclerosis (MS), indicates a population-based retrospective cohort study.

“We found that the risk of short-term mortality in critically ill MS patients is four times higher in those with sepsis…so that sepsis appears to be comparatively more lethal in MS patients than in the general population,” Lavi Oud, MD, professor of medicine, Texas Tech University HSC at the Permian Basin, Odessa, said Medscape Medical News in an email.

“[Although] the specific mechanisms underlying the significantly higher risk of sepsis in MS patients compared to the general population remain to be elucidated… it is thought that the risk may stem from immune system dysfunction in these patients related to MS itself. itself and the potential adverse effect of the immunomodulatory therapy we use in these patients,” he added.

The study was published online on January 11 in the Critical Care Diary.

The Texas Inpatient Public Use Data File was used to identify adults with a diagnosis of MS admitted to hospital between 2010 and 2017. Of the 19,837 MS patients admitted to intensive care during the interval of the study, almost a third (31.5%) had sepsis. , report the investigators. “The rate of sepsis among ICU admissions increased with age, ranging from 20.8% among 18-44 year olds to 39.4% among those 65 or older,” note the investigators.

The most common site of infection in MS patients admitted to ICU was urinary (65.2%) followed by respiratory (36.1%). A smaller proportion of infections (7.6%) involved the skin and soft tissues, the researchers note. A good quarter of the patients developed septic shock in response to their infection while the length of stay of patients with sepsis (mean 10.9 days) was significantly longer than that of patients without sepsis (mean 5.6 days), they observe.

Indeed, ICU admissions with sepsis accounted for 47.3% of all hospital days and 46.1% of total hospital costs among all MS patients admitted to ICU.

As noted by Oud, there is no specific test for sepsis, and it may initially present atypically, particularly in older, more frail, chronically ill patients as well as in patients with immune dysfunction. “Thus, considering sepsis as a possible cause of further deterioration in a patient’s condition is essential, as well as prompt initiation of sepsis-related care,” observed Oud.

A limitation of the study was that the dataset did not include information about a patient’s type of MS, disease duration, treatment received, level of disease activity, or level of disability.

The study had no specific funding. The authors did not disclose any relevant financial relationship.

Expanding educational outcomes through the reintroduction of scholarships, By Rahma Oladosu