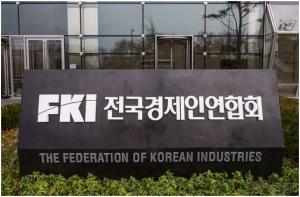 
The Korea Economic Research Institute of the Federation of Korean Industries said on Feb. 17 that South Korea’s national debt-to-GDP ratio is expected to increase by 18.8 percentage points from 2020 to 2026, the highest among 17 OECD non-key currency countries.

“The ratios of Canada, Iceland and Hungary, which posted the highest ratios of the group in 2020, are expected to fall by 1 percentage point on average over this period,” he said. , adding that “South Korea’s ratio is expected to rise from 47.9 percent to 66.7 percent and its ranking in the group is likely to drop from ninth to third behind Canada and Israel.

According to the institute, Turkish and South Korean government spending has been increased due to COVID-19 and the increase in spending is expected to be sustained at least until 2026 as other non-key currency countries plan to reduce. their spending in the interest of fiscal soundness.

“Assuming that 2020 and 2021 expenditures relative to GDP are 100, South Korea’s and other non-key currency countries’ 2022-2026 expenditures are estimated at 98.6 and 91, respectively,” he said. he said, continuing, “Furthermore, over this period, South Korea’s overall budget deficit-to-GDP ratio is expected to decrease by 12% while the average estimate is 66.4% for the others.

The institute pointed out that South Korea’s national debt is growing too fast and its fiscal strength needs to be better managed with regard to the rapidly aging population, excessive indebtedness of state-owned enterprises, etc., its deficit. budget which has already been going on for three years.

The misery of Allianz’s US funds is only half over