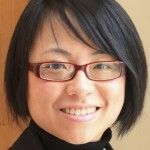 The results of a recent study question the interest of pre-rehabilitation before a total knee prosthesis (TKA). No evidence was found indicating improvements in functional independence in the short term after surgery. According to researchers, osteoarthritis (OA) is the most common bone and joint disease and one of the leading causes of disability worldwide.

Initial approaches when treating someone with knee osteoarthritis include targeting symptoms such as pain, stiffness, and activity limitations. However, when these therapies do not help relieve symptoms, total knee replacement surgery is considered.

Although there is some evidence to suggest that prehabilitation before surgery may slightly improve physical and functional outcomes and reduce length of hospital stay, many trials were found to be of low or moderate quality. In addition, large clinical trials that assess the short- and medium-term effects of this practice are lacking.

The researchers, led by Christelle Nguyen, MD, PhD, University of Paris, Faculty of Health, Medicine Training and Research Units, conducted a prospective, randomized, open-label clinical trial to compare how multidisciplinary prehabilitation and usual care routine before the procedure would have an impact on the functional results after a total knee arthroplasty.

Recruitment of patients between the ages of 50 and 85 began in October 2012, follow-up ended in November 2017, and statistical analyzes took place between March 2018 and March 2019. Patients met American College of Rheumatology (ACR) for knee osteoarthritis and were scheduled for total knee arthroplasty in 3 French tertiary care centers.

Patients either received an information booklet and standard advice from their orthopedic surgeon (control group) or they participated in 4 supervised prehabilitation and education sessions. The multidisciplinary approach consisted of 2 sessions per week, at least 2 months before the operation, given to groups of 4 to 6 patients in each study center; session length was 90 minutes and included 30 minutes of education followed by 60 minutes of exercise therapy.

“This randomized clinical trial found no evidence that a multidisciplinary rehabilitation education program before TKA improves functional independence or reduces activity limitations in people with knee osteoarthritis after surgery” , wrote the investigators. “However, the interpretation of the results of this trial is limited by the low uptake of the experimental intervention.”

A total of 262 patients were randomized with 131 in each group. When assessing the primary short-term outcome, the investigators found that after an average of 4 post-surgeries, 34% of patients in the experimental group achieved functional independence, compared to 27% in the control group (relative risk , 1.4, 97.5% CI, 0.9-2.1; P=.15).

“We found no evidence that our intervention improved any of the secondary endpoints (i.e. pain, quality of life, physical activity level, and cost),” writes the investigators. “Even though these outcomes belong to the core outcome set for knee osteoarthritis, our intervention may not have been specifically designed to target these dimensions.”

The study “Effect of Prehabilitation Before Total Knee Replacement for Knee Osteoarthritis on Functional Outcomes” was published in JAMA network open.

Which index funds are the best for 2022? Consider CRAK, COPX and ENOR