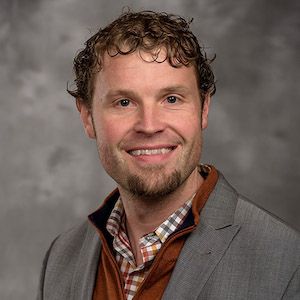 Within a year of being diagnosed with a diabetic foot ulcer (DUP), new evidence suggests that black/African American people are more likely to experience earlier lower extremity amputation (LLA) than non-Hispanic people.

These disparate patterns continued when examining the only DFU patients who were amputees and identified as Black/African American, Hispanic, Asian, Native American, or other.

“This would suggest that the non-black/AA population may have more access to and use of conservative wound management techniques or that there is less access and adherence to these treatment options among the black/AA population. “wrote study author Shane R. Wurdeman. , PhD, Hanger Institute for Clinical Research and Education.

Sex differences further suggest that women had a greater likelihood of delayed amputation than men.

“The increased likelihood of delayed amputation may contribute to the overall increase in amputation prevalence among men, as women may die before amputation,” Wurdeman added.

Previous findings on amputation secondary to DFU and race/ethnicity or gender disparities were mixed. Although there is evidence that disparities exist, there are few findings on when these differences begin to occur along the care pathway.

The aim of Wurdeman and colleagues’ investigation was to examine variations in the timing of ALL by race, ethnicity, and gender in older adults with DFU. They hypothesized that a higher proportion of black/African American individuals were more likely to have post-DFU ALL earlier than non-Hispanic/white people and that more men would receive LLA sooner after. DFU.

Retrospective cohort analysis used eligible Medicare beneficiaries enrolled in fee-for-service (FFS) beneficiaries with a diagnosis of DFU during the study period (2012 – 2017), up to 5 years later. the DFU.

Individuals were placed into mutually exclusive groups based on LLA timing for the primary outcome. Investigators applied multinomial logistic regression to assess the likelihood of post-DFU group membership based on gender, race, and ethnicity.

Their final analytical sample contained 643,287 Medicare fee-for-service enrollees. The subanalysis included 68,633 beneficiaries who experienced ALL during the 5-year study period, of which 49.7% survived >5 years after the DFU index.

Full-sample regression results showed that the odds of ALL in the year after DFU were significantly higher across all racial categories, compared to non-Hispanic white recipients. Data show that Black/African American recipients were 2.18 (95% CI, 2.13, 2.23) times more likely to receive ALL within one year of DFU diagnosis.

Investigators noted increased odds of ALL experienced across all race/ethnicity categories for black/African American recipients of receiving ALL between 1 and 3 years after DFU diagnosis, with an odds ratio (OR) of 1.38 (95% CI, 1.33 – 1.44).

The study, “Racial Disparities in Health Care with Timing of Amputation After Diabetic Foot Ulcer,” was published in Diabetic treatments.

A randomized trial of enteral glutamine for the treatment of burns