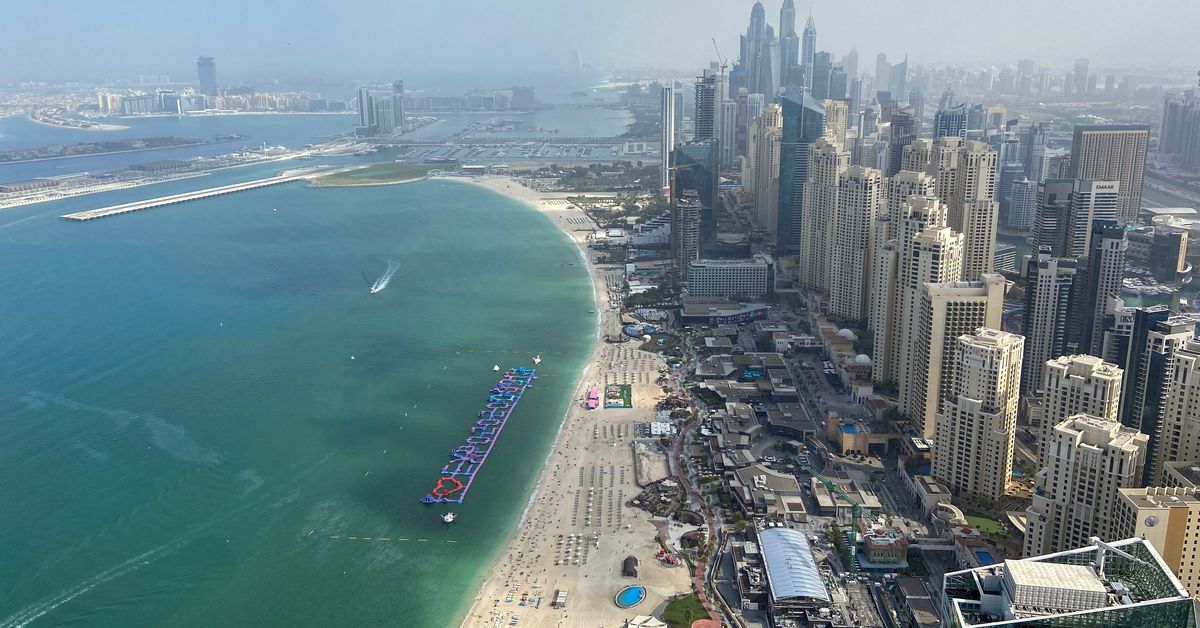 DUBAI, July 5 (Reuters) – Business activity in the UAE’s non-oil private sector shrank in June at its slowest pace in five months, although growth remained positive for the 19th consecutive month, according to a survey published on Tuesday.

The seasonally adjusted S&P Global UAE Purchasing Managers’ Index (PMI) fell to 54.8 in June from 55.6 in May, its lowest level since April, as inflation weighed on the non-oil economy.

A reading above 50.0 on the index indicates growth.

Inflationary pressures are widespread across the UAE’s non-oil economy, according to PMI data, with sharp increases in fuel prices driving up costs for businesses in the oil-rich country.

Purchases slowed and inventories were reduced as input costs rose at their fastest rate in 11 years, the data showed.

“Businesses in the UAE came under increased pressure from rising input costs in June, as a spike in fuel prices led to the fastest rate of cost inflation in exactly 11 years,” he said. said David Owen, economist at S&P Global Market Intelligence.

“The ratio of input price to output price indices was the highest on record, signaling that price increases for customers are likely in the coming months.”

However, the outlook for future activity remains positive despite concerns that inflation will affect spending.

Output, which measures business activity, fell to 60.7 in June from 62.5 in May, ending two straight months of accelerating growth to its lowest level since February.

The employment sub-index edged up to 51.2 from 50.7 a month earlier, its highest level since August, as businesses ramped up capacity. Some employers had to offer higher wages to hire and retain staff as average wages hit their highest level in four years.

The new orders sub-index continued to rise for the 16th consecutive month, although it was lower than the previous two months, while producer prices fell for a second consecutive month, the largest down since November of last year.

The problem with our university vision

Is Jadroplov dd (ZGSE:JDPL) using too much debt?