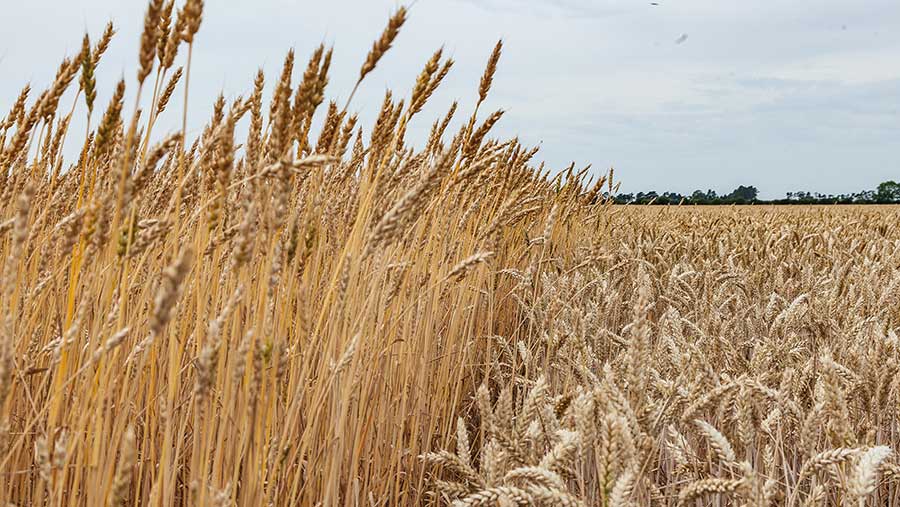 Why breeders look to the past for the wheat of tomorrow

Over the past century, breeding has played a major role in improving the performance of winter wheat, with yields dropping from an average of 5.5 t / ha in 1979 to 7.8 t / ha in the 2021 harvest.

But breeding for yield over the years has come at a cost, as it indirectly reduced crop hardiness, leaving wheat exposed to a range of pests, weeds and diseases.

Today, with growing concerns about chemical resistance, rising input costs, and very small increases in annual yields, where does that leave the future of wheat breeding?

We take a look back at the key breeding moments that shaped modern wheat today, and find out how cultivars of the past could help unlock a range of genetic traits to improve wheat production for the future.

The turn of the 20th century saw wheat breeding take off, with the advance of the Green Revolution in the 1960s and the subsequent introduction of semi-dwarf genes that truly unleashed yield potential.

Straw heights were reduced from 1.25 m to 70-80 cm, redistributing the dry matter from the stalk to the grain, which allowed wheat yields to double.

Varietal developments continued to increase the performance of wheat, such as the development of cultivars like Maris Huntsman (1972), which increased yields by almost 15% compared to its competitors, and the first true semi-dwarf variety, Hobbit , in 1978.

In fact, nitrogen use doubled in 10 years from the mid-1970s, where it leveled off in 1983. Yet yields continued to increase thereafter, highlighting the benefits of nitrogen. improved nitrogen use efficiency offered by modern wheat varieties.

However, the quest for higher yields has come at a cost, says Bill Angus, independent wheat breeder and consultant.

â€œThe introduction of semi-dwarf genes fundamentally changed the architecture of crops and their genetic makeup, but the full genetic makeup of these varieties, which originated in Japan, was unknown,â€ he says.

The semi-dwarfs Hobbit, Avalon, Norman and Longbow, closely followed by Riband and Consort, were very susceptible to septoria.

The reduced distance between the leaves facilitates the transfer of the fungal inoculum via splashing rain, allowing septoria to take hold.

However, the wide range of effective and available fungicides have successfully controlled the disease.

These cultivars have therefore encouraged the development of a high yielding, high yielding system, dependent on chemical intervention for profitable agricultural production.

Fast forward to today, where the chemistry is less efficient, does that mean the varieties are no longer fit for purpose?

â€œIt was these breeding advances that ultimately created the fight against the disease. As resistance to pesticides increases, we can no longer rely on chemicals alone.

â€œThere is a need to find a better balance between genetics, selection and chemistry. “

Does heirloom wheat hold the key?

Perhaps it is time for breeders to retrace their steps and use the vast genetic diversity of heirloom varieties to meet the demands of modern wheat production.

â€œHuge possibilities lie in the treasure of genetic diversity hidden in heirloom varieties, and harnessing these traits, including disease resistance, could be a huge opportunity. “

However, Angus notes that this is not an easy challenge, as it would require a huge boost from the industry. â€œUnderstanding the genetics of high-value traits would be a very complex and long-term process.

â€œBut breeders have an obligation to define genetic resources for the future, so that’s a possibility,â€ he says.

He continues that the future of increasing cereal potential lies in the amount of biomass a crop can produce, as crops need organic growth to redistribute energy in cereals.

Breeding techniques such as traditional crop breeding, gene editing or the use of hybrid varieties could contribute additional gains to achieve this goal.

â€œWe need to harness a range of different technologies and explore their potential. We have saved millions of lives around the world through the redistribution of dry matter and the intensification of agriculture.

â€œNow comes the hard part, where we have to ‘squeeze the pips out a bit more,â€ says Angus.

One way to achieve this would require the reintroduction of taller varieties that have the ability to support additional yield through higher rates of photosynthesis and biomass accumulation.

Currently, the wheat harvest index (the grain / total dry matter ratio) is around 50%. Before the Green Revolution, this figure was 30%.

To further optimize yields, he says breeders should aim for a harvest index of 55 to 60 percent.

Alternatively, genetic modification which manipulates the characteristics of crops by changing, deleting or inserting genes can be used to introduce desirable traits into the genome of wheat plants.

â€œFor example, the genetic pathway of wheat crops could be altered to involve greater light departure to achieve higher levels of biomass,â€ he says.

In harsh environments, hybrids can outperform traditional varieties by 20-30% due to their more robust characteristics.

However, their use is less attractive in the UK due to our mild climate, with plentiful water and modest temperatures. However, their consistency on the farm would be welcome in the face of climate change, says Angus.

“It is the adoption of the most relevant technologies and the use of these tools that can bring additional gains in terms of yield, disease resistance and grain quality, which will benefit the overall performance of wheat”, he concludes.

Breeding techniques have changed dramatically over the years with one of the main changes being the amount of data entered and the scale of varieties tested due to technological advancements.

â€œThe selection of wheat today is in the hands of large multinational companies, which see a significant renewal of varieties.

â€œThirty years ago the varieties on the Recommended List stayed there for five to ten years, but today they only stay on the market for two to three years. This isn’t necessarily because the new varieties are better than their predecessors, but maybe they weren’t better to begin with, or they succumbed to new breeds of disease.

Mr Angus says traditional heirloom cultivars were significantly hardier and tolerated a range of extreme weather conditions and disease as they developed their own natural resilience over an extended period of time. Modern breeding techniques that see rapid renewal of varieties prevent this build-up of natural tolerance.

He therefore advises manufacturers to return to the basic principles of breeding.

â€œWe need a more holistic approach with greater integration throughout the supply chain. We need to get smarter at what we do and work together to find the best ways forward in terms of crop yield, economics, and nutrition.