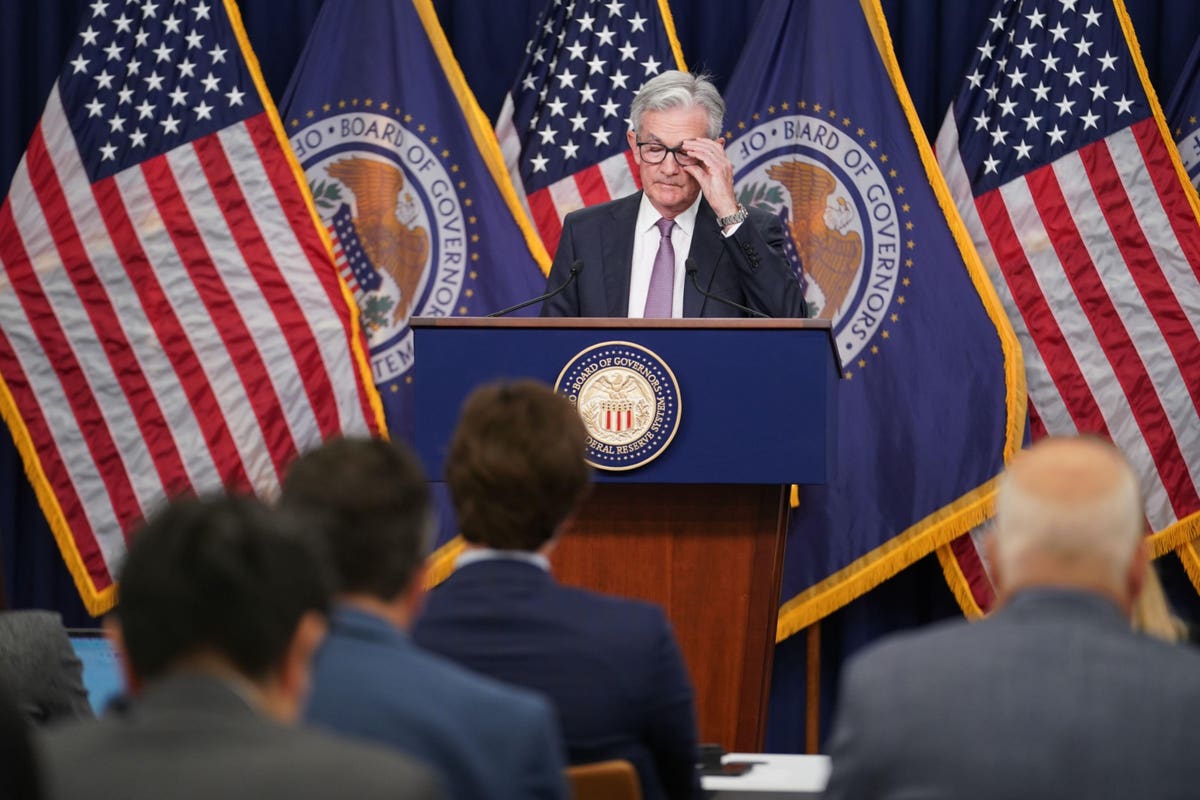 In 2022, interest rates have skyrocketed, and there’s probably more Fed rate hikes to come. This is unlikely to have an impact on US government debt in the near term, but it could be a problem over the next few years if interest rates remain high.

If rates were to remain around current levels, this would ultimately lead to more government spending on interest payments on the national debt. This additional interest cost could be double what the government spends on veterans, or half the US defense budget.

Recent Trends in Debt to GDP

Since the 2008 financial crisis US government debt to gross domestic product (GDP) approximately doubled from 63% to 121%. However, over the same period, interest rates have fallen relatively steadily.

This meant that even though the United States had more debt in recent decades, interest cost on debt relative to GDP was generally stable. Lower interest rates more than offset the increase in debt.

Interest costs on the rise

Now that may change. Interest rates have generally returned to their pre-2008 level and public debt relative to GDP has doubled since then. This will not result in an immediate increase in US government borrowing costs. Indeed, the weighted average duration of US debt is between five and six years. This means that US public debt will not revalue overnight to market interest rates, but that government interest costs could rise steadily over this decade.

A doubling of interest expenses would add a cost roughly equal to half the Medicare budget. It’s manageable, but not negligible.

In addition, the Fed plans to raise rates further, for example if interest rates hit 6%, interest spending on the national debt could eventually rival spending on Social Security, the biggest item in the economy. government spending. Markets are currently expecting the Fed to stop raising rates long before 6% is hit and are unsure if we will even see 5% rates at the short end of the curve, but this shows that if the Fed fights inflation too aggressively, it could present federal budget management problems.

However, a doubling of interest charges relative to GDP would not be unprecedented. In the early 1990s, interest costs were around 3% of GDP, double current levels. Additionally, debt to GDP in the United States has declined slightly since the pandemic, from a high of 135%. The currently high inflation may lower the ratio further because inflation means that GDP is growing faster than debt, since the value of the national debt is largely fixed in nominal terms.

A consideration for Western economies

However, this could become a problem for the markets over the next few years if interest rates remain at relatively high levels compared to recent history. The recent British experience has demonstrated the risks when markets begin to lose confidence in a government’s fiscal position. This is also a relatively broad question. Many developed economies, including Canada and much of Europe, now have high debt to GDP ratios and are seeing rising interest rates in today’s market.

Of course, we may be near the top of the current interest rate cycle, which means that this problem could subside if interest rates fall as inflation recedes, but if interest rates Interest continues to increase in 2023, so this topic will become more relevant to many people. Western governments and those investing in their national debt.

Dysfunction of smell, taste post-COVID-19: will they persist? | Latest news for doctors, nurses and pharmacists